Sun to open upon the road

The Okanagan Sun will open, and close the 2022 BC Football Conference season on the road.

In fact, the schedule released Thursday, has the Sun playing back-to-back games on the road to both open, and close the season.

In between, through much of August and September, they will play their five home dates over a span of seven weekends.

The Sun open the new season July 23 in Nanaimo against the VI Raiders, then hook up with the reigning national champion Langley Rams in Langley July 30.

After a bye during the BC Day holiday weekend, the Sun will welcome the Westshore Rebels for their home opener.

For the first time in several years the BCFC will run with more than six teams with the addition of the expansion Prince George Kodiaks.

The odd number of teams means each team will have two byes over the course of the 10-game,12 week season.

The league has also scheduled all 35 regular season games on Saturday's. 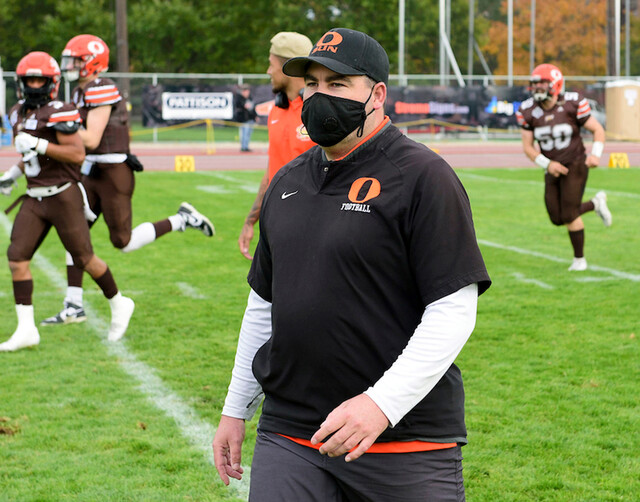 The timing is not ideal, but the Okanagan Sun have begun a search for a new head coach.

Jamie Boreham, who took the job in December of 2018, told the team over the last 24 hours he would be stepping down, effective immediately.

"Coach Boreham has stated that at this time he needs to focus his time on his young family and is no longer able to provide the 100 per cent dedication the position requires," the Sun stated in a brief news release Thursday.

"The team thanks coach Boreham for his tireless effort over the last three years and wishes him the best moving forward enjoying more time with his family."

Under Boreham, the Sun went 12-6 in the regular season, and compiled a 1-2 record in the playoffs. They came within a single point of finishing first in the BCFC this past season.

Sun GM Nat Nagy says he understands Boreham's reasoning, saying he was in the same position having a newborn a few years ago.

"I do understand how priorities shift," said Nagy.

The priority now is to find a new head coach as quickly as possible with a new season fast approaching.

"If we had more time, we would do a standard coaching call and post the position," said Nagy.

But, since that's not the case, he says the organization is working on a list of candidates they believe may be interested in the job.

At this point, we are trying to do what's best for the current roster.

"We have a really good team right now, so we're trying to find a faster than usual solution that suits both the players and the team."

They will look at coaches within the current staff as well as some external possibilities but, given the timing, Nagy doesn't expect it would be realistic to look for someone who may have to relocate to the valley.

Nagy says the team will re-evaluate things at the end of the season and determine what direction they want to go in long-term.


Sun running back named CJFL offensive player of the year

Malcolm Miller's record-setting season has been recognized by his peers across Canada.

The Okanagan Sun running back, who shattered the team's single season rushing record, was named the Canadian Junior Football League's offensive player of the year.

The award was announced on video Friday morning on the eve of Saturday's national championship game between the host London Beefeaters and BCFC champion Langley Rams.

Miller led all running backs in the nation with a club record 1,367 yards.

His season was highlighted by a 39 carry, 325 yard effort against the VI Raiders.

Miller found the end zone 11 times on the ground, and added 110 yards and a touchdown through the air.

He beat out St. Clair Fratmen running back Jacob Savoni and Regina Thunder receiver Rylan Sokul for the award.

Miller is the first Sun player to be named the top offensive player in the nation since Jeff Halvorson in 2004. 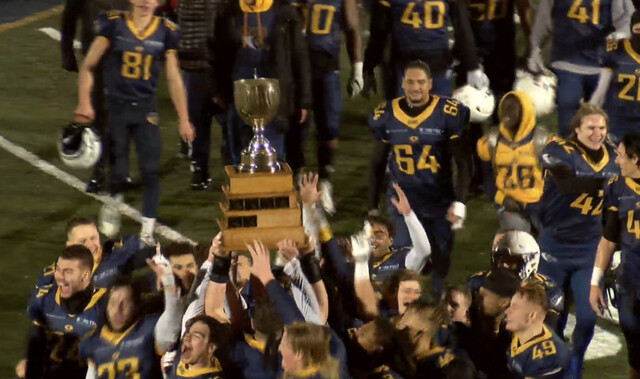 The Langley Rams are BC Football Conference champions for a third straight season.

In a game dominated by defence and played in a steady downpour in Langley, it was the Rams Number 1 rated defence that came out on top.

The Rams limited the Sun to just six first downs, two via penalty, and held them to just 51 yards of total offence in a 7-4 victory in the Cullen Cup championship game.

On seven different occasions, the Sun began a series on the Rams side of the field and on each occasion, they failed to earn a first down. With first down on the Rams 29, Dominic Britton was intercepted by BCFC defensive player of the year Kyle Clarot at the goal line on first down.

The Rams led 5-0 after one quarter off a 28 yard field goal from Tato Ferreyro Araya and a safety off a bad snap that sailed over Isaac Wegner's head and into the end zone.

The Sun got two points of their own after the Rams conceded a safety after Wegner had pinned them deep off a third down punt.

The Sun managed just 15 yards of offence in the first half with Britton failing to complete any of his eight passes and BCFC offensive player of the year Malcolm Miller spending most of the half on the bench.

Miller, who saw only a few snaps in last week's semi-final with an apparent hand injury, carried the ball just six times for two yards Saturday.

After the Sun conceded another safety early in the third to go down 7-2, their special teams came up with what could have been the play of the game.

The Sun blocked a Rams punt at the goal line, however, the ball fell at the feet of Clarot, who ran 20 yards for a Rams first down.

Instead of a touchdown or at least first-and-goal inside the five, it was the Rams who took over the football.

A second conceded safety late in the third pulled the Sun to within three at 7-4.

They had a chance to tie it following their only sustained drive midway through the fourth.

Starting on their own 21 and following a pass interference penalty, Britton hit his first two passes of the game, a 30 yarder to Matthew Sibley and a 14 yard strike to Blaise Beauchemin.

Consecutive runs of five and four yards put the ball on the Rams 21.

The Sun elected to send Liam Attwood onto the field for a 28 yard field goal, but Mike O'Shea was unable to handle the wet football, and his desperation pass came up two yards shy.

The final Sun drive was stopped at the 51 when they failed on a third and one.

The Rams will now go on to host the Western Final next weekend against the winner of Sunday's Prairie Conference final between the Saskatoon Hilltops and Regina Thunder.

Sun fan bus off to final 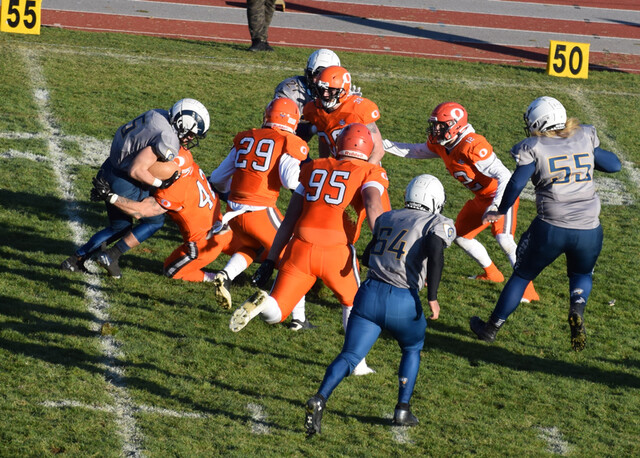 The Okanagan Sun have organized a fan bus for this weekend's BC Football Conference final in Langley.

The price of a seat is $75, and includes transportation to and from the game, a game ticket and food for the ride home.

The bus departs from the Apple Bowl at 8 a.m. Saturday morning.

The Sun and Langley meet for the Cullen Cup at 2 p.m. Saturday afternoon.

Both teams finished the regular season with identical 7-1 records. The Rams beat the Sun 7-0 in Langley early in the season in a game cut short due to a power failure in the area.

The Sun beat the Rams 13-6 in the regular season finale at the Apple Bowl.

Langley was awarded first place based on fewer points allowed over the entire regular season.

The winner of tomorrow's league final will host the Western final against the Prairie Conference champion next weekend. 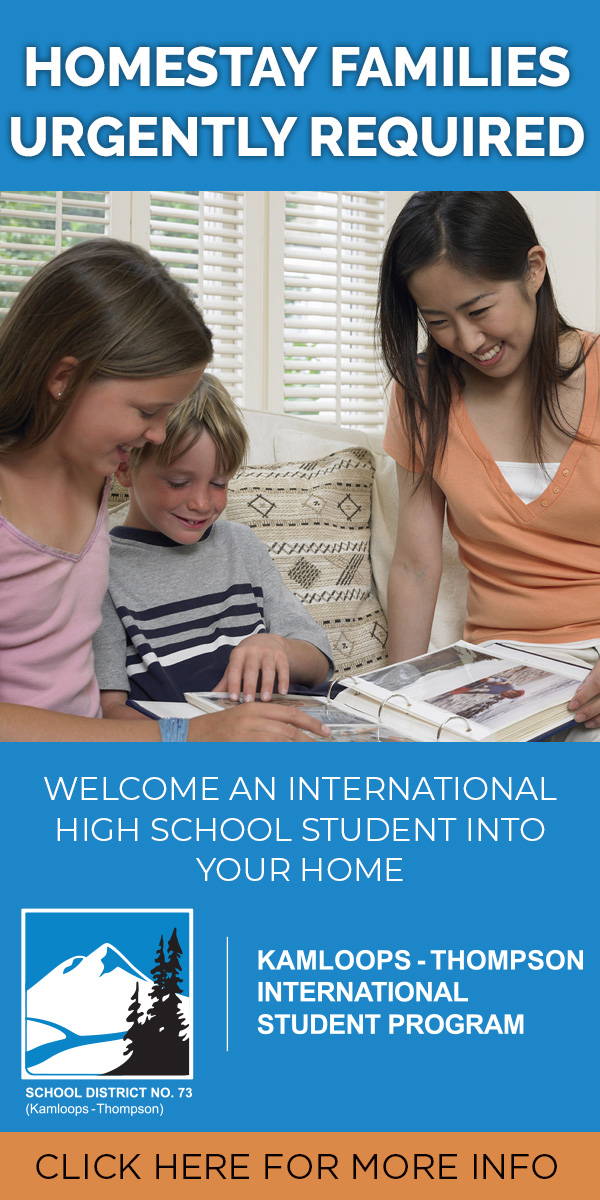 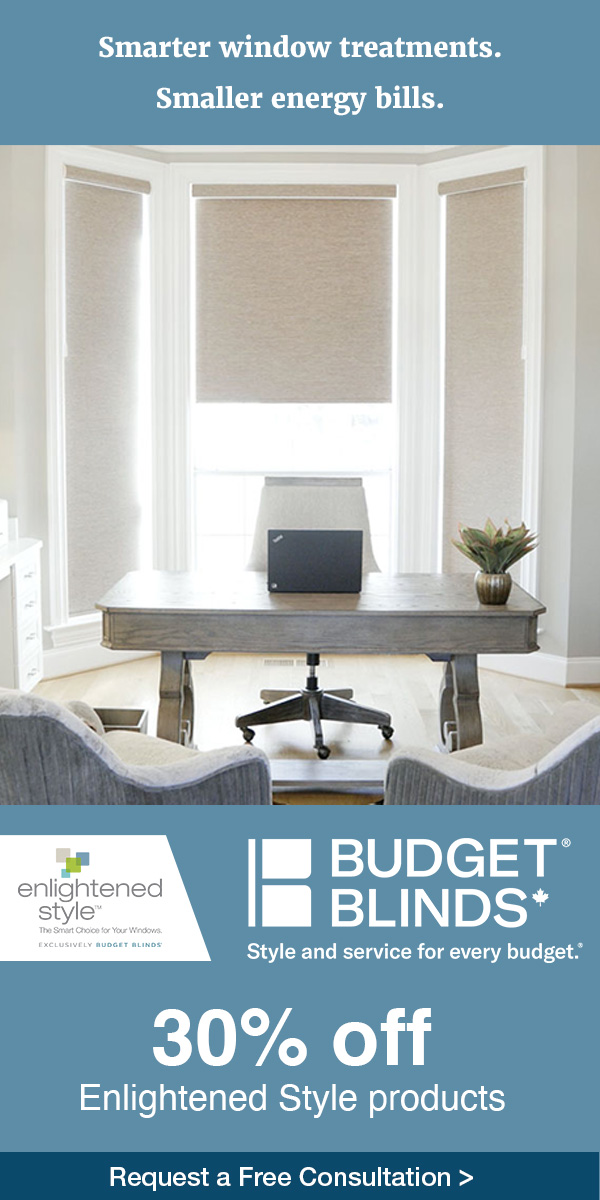 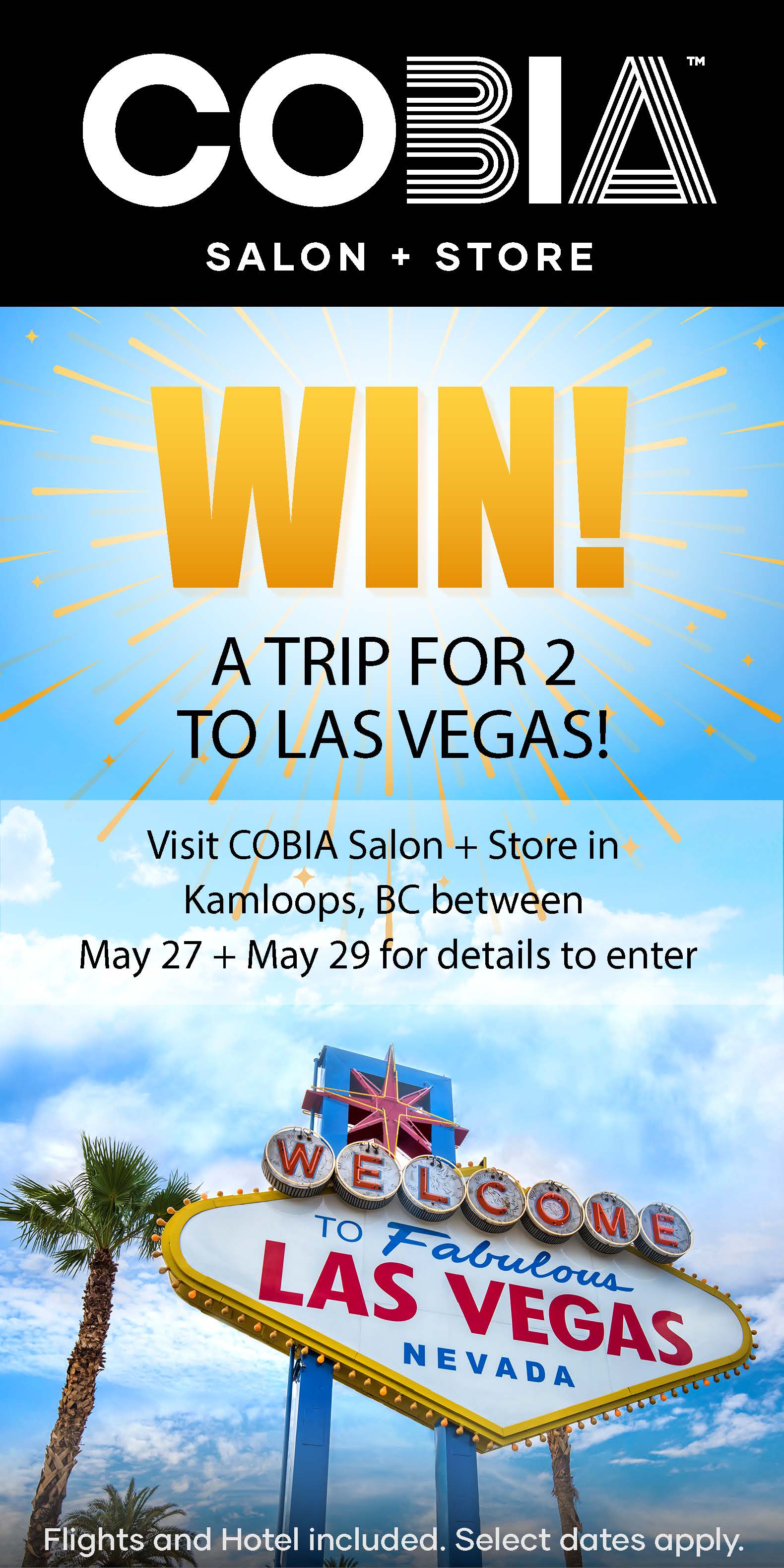