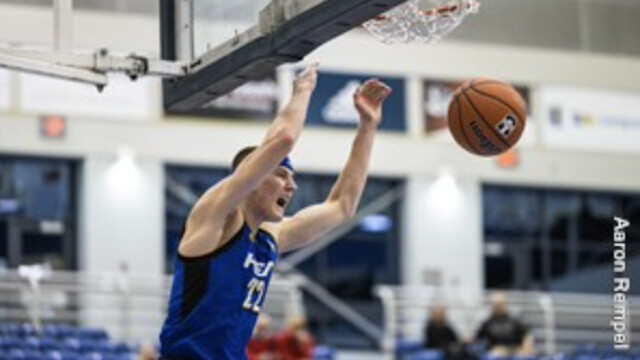 It was a historic night for the UBC Okanagan men's basketball team Wednesday, when the Heat set a new single-game scoring record in convincing fashion over the UFV Cascades 101-87.

The previous record for most points in a UBCO Heat game was 97.

Third-year guard Gus Goerzen was a major contributor in the team's win as he recorded a double-double to lead his team to victory. Goerzen posted 24 points and 12 rebounds in the game.

Players Keaton Souster and Elan Kimpton-Cuellar set personal bests for points in a game, as Souster registered 16 points while Kimpton-Cuellar sunk a team-high nine free throws and a career-high 17 points.

Dario Lopez of Spain was a lone bright spot for their opponents, scoring a team-high 28 points and eight rebounds.

The Heat's first win of 2023 improves the team record to 4-6, locking them in a four-way tie for the final two playoff spots in the Canada West conference.

The Heat will battle the Alberta Golden Bears in Alberta on Friday.

You can catch the game on Canada West TV, with tip-off scheduled for 7:00 p.m. Pacific. 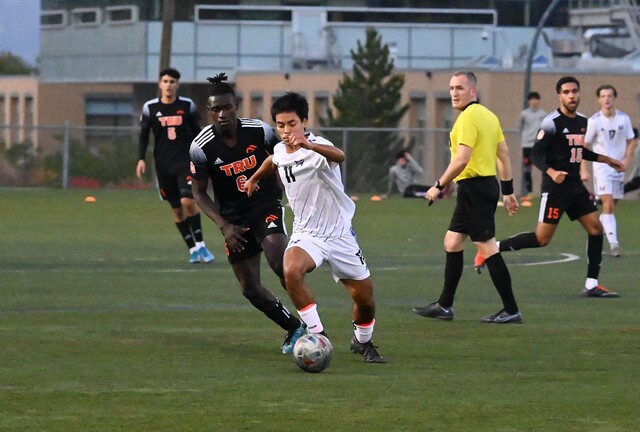 The UBC Okanagan Heat men's soccer team rallied in the second half of their home game Friday night against their first-place rivals to keep their playoff hopes alive.

The Heat had a rough start to their penultimate home season game against the Thompson Rivers University Wolfpack, dropping the first goal just nine minutes in.

The Wolfpack, long-time rivals of the Heat, have had a successful season so far, holding top spot in the Canada West Pacific Division, while the younger Heat team have had more of an up-and-down season.

But after going into the half down a goal, the Heat came out strong in the second, with second-year forward Saenz Ramos netting the team's first goal of the game just six minutes into the second half, off of a free kick.

Then, at the 78-minute mark, first-year Juan Pablo Rojas Uribe hit a beautiful strike from 25 yards out past the Wolfpack's keeper, putting the Heat up by a goal.

Heat take the lead with a GOALLLL from Rojas Uribe, putting down his second of the season.

The Wolfpack pressed hard for the rest of the game, but the Heat's rookie keeper Ronon Woodroffe made a a number of late-game saves, denying the equalizer.

While the hometown crowd were left stressing until the very end, the Heat walked away with the upset.

With the win, the Heat now move into a tie for the fourth and final place the with the UFV Cascades, with both teams sitting at 4-4-2.

With a record of 7-3-2, the Wolfpack remain in the top spot in the division.

Meanwhile, the Heat women's soccer team were in Kamloops Friday night, also playing the Wolfpack. Their night proved less successful though, losing a close 1-0 game. That loss puts the team six points out of the final playoff spot in the division, with just three games left.

After the men's team's hard-fought win Friday night, they'll will have to do it all over again Saturday, as they kick off the second game of their doubleheader with the Wolfpack at 5:45 p.m. at UBC Okanagan's Nonis Field.

With five games left in the season, Saturday's will be their last home game of the year. Prior to kickoff, the team will be recognizing their lone graduating senior Aidan Tuck.

The women's team will be returning home Saturday as well, kicking off their final home game against the Wolfpack at 3:30 p.m. Prior to their match, the team will honour their four graduating seniors, Jessica Ambrosio, Yvonne Manwaring, Lauryn Padmoroff and Emma Terrillion.


Woodroffe leads men's soccer to 3-1 victory over the Spartans

The views expressed are strictly those of the author and not necessarily those of Castanet. Castanet presents its columns "as is" and does not warrant the contents.