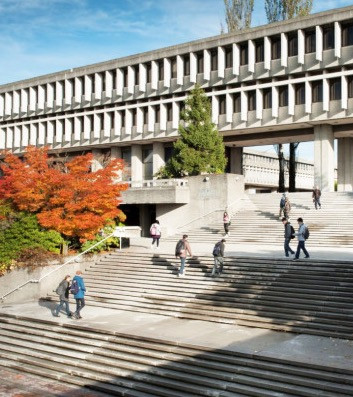 Photo: Contributed
Todd and Christina Lawson, along with their 10-year-old daughter Seanna, departed Whistler for Ireland on Tuesday where they?ll begin a year-long motorcycle journey to India.

Whistlerites Todd and Christina Lawson are no strangers to long-haul motorcycle trips.

Beginning in 2004, the couple rode the 47,000 kilometres from Whistler to Chile, hitting 23 different countries before ending their trip in 2006. They headed off on another big trip a year and a half later, travelling through 15 countries in Africa for most of 2008.

They’re embarking on another cross-continental ride this week, this time with an additional crewmember in tow: 10-year-old Seanna.

“We became addicted to the freedom of motorcycle travel and just the connections that you make with people on the road and we wanted to share that with our daughter," said Todd.

The family departed B.C. on Tuesday, May 24, boarding a flight headed for Dublin. There, they’ll kick-start a yearlong journey that will bring the trio from Ireland to India with countless stops in between.

The trip, now three years in the making, was timed carefully, Todd explained. “[Seanna’s] going to be old enough to remember everything, and life isn’t just about her friends yet,” he said. “We’re still her world, and it’s just a good time with everything.”

Their bikes are also making the cross-Atlantic trip courtesy of Air Canada cargo. They’ll be riding one Royal Enfield and one Ural, both specially purchased with this trip in mind. Seanna’s spot is in the Ural’s sidecar, which has been kitted out with a piece of sheepskin to make it extra cozy.

The only concrete plans the family has for their trip at this point is a campsite booking in Pamplona, Spain, where Todd will live out his lifelong dream of seeing the running of the bulls. “Our route off the start is only being dictated by the friends that we want to visit and see,” he said. “Then once we get to Eastern Europe where that sort of dissipates, we’re just going to wing it and see where the wind takes us.”

As sponsored stand-up paddleboarders, Todd and Christina will also be looking to spend as much time as possible surfing and SUP’ing on rivers, lakes and oceans across Europe. They anticipate taking a few multi-week breaks for off-bike adventures over the next year—like trekking in the Himalayas, for example.

Seanna’s teacher sent along some take-home work for her, while a couple of schoolbooks and her iPad will take up valuable space in her backpack alongside her sketchbook and pencil case.

Todd, a writer, photographer, photo editor and publisher of Mountain Life magazine, is preparing for the release of his book, Inside the Belly of an Elephant in fall 2023, while Christina, owner of Freeflow Yoga, can work with clients online and said she’s looking forward to instructing a few yoga classes on the road, “in glorious places of the world.” They’ve subletted their Whistler home for the duration of the trip.

“We’re a pretty tight little family of three … so if anything, I think this is going to draw us closer together,” said Christina. “We’ll have great challenges together and surpass them and work through them together. You know how travel is; it just enriches your life so much and we are so ready, post-pandemic, to just get out there and live freely on the road.”

The family plans to camp about “70 or 80 per cent of the time,” said Todd, with the remaining nights spent at the occasional hotel or at friends’ homes—whether those friends go way back or were made that day.

“Our No. 1 goal for this whole trip is just to expose Seanna to the road; to the wonders of the world on the road and just to the people and the serendipitous moments that happen that we don’t know about, that you have no way of planning for,” said Todd.

“At the end of the day, every country has its beautiful places and its amazing scenery, but you remember the people and those connections that you made.”