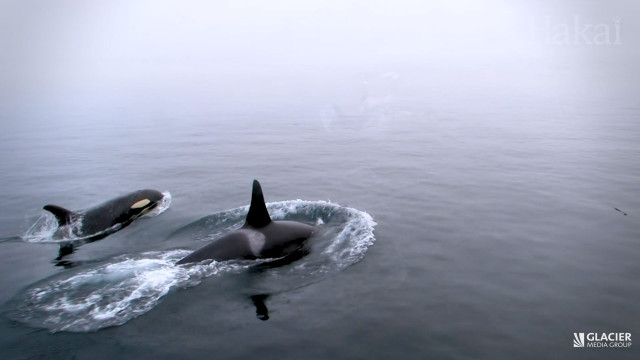 Scientists at the University of British Columbia believe they’ve solved a whale mystery.

A group of researchers has spent decades trying to understand why whales don’t get brain damage when they dive (also called fluking) or move.

“They are the biggest animals on the planet, possibly ever, and understanding how they manage to surge and live and observe what they do is a fascinating piece of basic biology,” says Lillie.

Their research suggests whales have special blood vessels in their brain to protect them from "pulses," which are caused when they swim. Those pulses could damage the brain.

Land mammals such as horses experience pulses in their blood when galloping; their blood pressure goes up and down on every stride, according to Lillie.

Her team suggests for the first time that the same phenomenon occurs in marine mammals that swim with dorso-ventral movements. However, whales are able to avoid long-term damage.

"Long-term damage of this kind can lead to dementia in human beings," explains Lillie. "But while horses deal with the pulses by breathing in and out, whales hold their breath when diving and swimming. So if cetaceans can’t use their respiratory system to moderate pressure pulses, they must have found another way to deal with the problem.”

Her team believes whales use a ‘pulse transfer’ mechanism to ensure there is no difference in blood pressure during movement, which is why they don’t have brain damage.

Her colleagues, Wayne Vogl and Bob Shadwick, say it’s been a mystery they’ve been trying to solve.

"It's always been sort of a perplexing problem, you know, how is this actually related to the diving behaviour of whales. So it links it very nicely to whales that actually swim sort of like this, rather than lateral movements like seals do,” says Shadwick. "So seals do not have this because they don't experience the same sort of internal body cavity pressure changes when they swim.”

Vogl started his career looking at this system and is pleased to have an answer to it.

“The arteries will actually pass through the veins so you can really see how pressure in one will be transmitted to the other and equalized,” he says.

Shadwick says the model could be used to ask questions about animals and what’s happening with their blood pressure pulses when they move.

The research was done through computer modelling; it still needs to be tested directly by measuring blood pressure and flow in the brain of the swimming cetaceans, which is currently not ethical or technically possible.

Understanding how the thorax responds to water pressure at depth and how the lungs influence vascular pressure is an important next research point, according to Vogl.