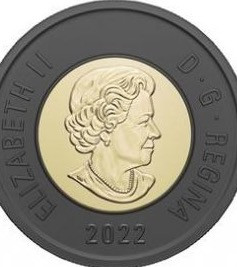 Photo: The Canadian Press
Danielle Smith makes a comment during the United Conservative Party of Alberta leadership candidate's debate in Medicine Hat, Alta., Wednesday, July 27, 2022. Alberta’s governing UCP is to pick the province’s new premier Thursday, and political observers say its next step should be getting back on the same page as the rest of the province. THE CANADIAN PRESS/Jeff McIntosh

Alberta’s governing United Conservative Party is scheduled pick the province’s new premier Thursday, and political observers say its next step should be getting back on the same page as the rest of the province.

“The campaign was striking for the lack of focus on the issues that are primary for Albertans,” said political scientist Lori Williams.

“It was about controversies over Ottawa and how to deal with Ottawa.

“Clearly that is a primary concern amongst a significant proportion of UCP voters, but it’s not like they don’t (also) care about affordability and the health-care system.”

Almost 124,000 eligible voters have been casting ballots by mail and can vote in person at five locations throughout the province on Thursday.

The candidates are ranked by preferential ballot and the results are to be announced Thursday night in Calgary.

It’s the culmination of a summer-long campaign, which saw candidates feud mainly over the best way to fight with the federal government.

But Calgary-based pollster Janet Brown said surveys have suggested Albertans were far more preoccupied with the rising cost of living.

The campaign began in mid-June, a month after party leader Premier Jason Kenney received a tepid 51 per cent support in a leadership review and announced he would quit.

Seven candidates signed up. Four are former members of Kenney’s cabinet: Travis Toews, Rebecca Schulz, Rajan Sawhney and Leela Aheer. The fifth, Todd Loewen, was kicked out of the UCP caucus in 2021 after criticizing Kenney.

There are also Brian Jean and Danielle Smith — former leaders of the Wildrose Party, which merged with Kenney’s Progressive Conservatives to form the UCP.

Kenney lost the party’s confidence, particularly its rural base, facing criticism he failed to back up his bombastic rhetoric around fighting Ottawa on grievances ranging from equalization payments to rules on energy development.

Kenney suggested he was being taken down by an angry faction of the party’s base over COVID-19 public health measures it deemed affronts to personal freedom.

Smith left politics under a cloud in 2015 after nearly collapsing the Wildrose in a mass floor crossing to the governing PCs.

Brown said Smith was quick to jump on the anger of disaffected UCP members and, in doing so, dominated coverage, framed the debate for the race and may end up winning it all.

“She understood that this campaign was about the memberships you could sell,” said Brown. “She identified who the most impassioned voters were, and she went after them."

Brown said that could win Smith the leadership.

"But will that come back to haunt her when the next election rolls around (in May)?”

Smith garnered the most ink, and most controversy, by proposing an Alberta sovereignty act to allow the province to ignore federal laws and court orders deemed not in its interests, while still remaining within the confines of the Constitution.

Smith has not explained how that would work and legal experts say that’s because it can’t. They have said the bill as pitched would be illegal, unconstitutional and a back door manoeuvre toward separation.

Kenney has called the plan “cockamamie" and a precursor to legal and economic chaos. Five of the candidates have condemned the plan and questioned whether Smith could get it passed.

Smith has also promised radical moves on the health front, promising to refuse COVID-19 health restrictions and make changes to the provincial Human Rights Act to prevent discrimination based on vaccination status.

She has also promised to fire the governing board of Alberta Health Services, the province's arm’s-length front-line health-care provider, for botching the pandemic response and leaving hospitals on the brink of collapse.

Other candidates in the race pitched “get tough” ideas against Ottawa, including fighting to reopen the Constitution and putting tariffs and levies on competing jurisdictions deemed not to be fighting fair.

Williams, with Mount Royal University in Calgary, said Smith’s plans were so radical they could not be ignored.

“That forced everybody to start talking about something that really wasn’t a primary concern to most Albertans. And it just kept going back to that precisely because it was such an unclear and concerning set of proposals,” said Williams.

Williams said the challenge would be for Smith, or any winner, to unite a caucus and party still clearly divided.

“I don’t think it matters who wins on Thursday night. There are factions that aren’t going to accept one or the other candidate as leader."