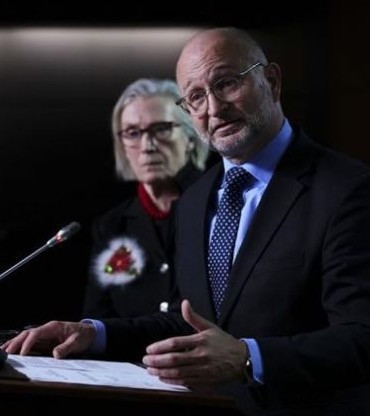 Threat of violence was key factor in decision to invoke Emergencies Act: Trudeau 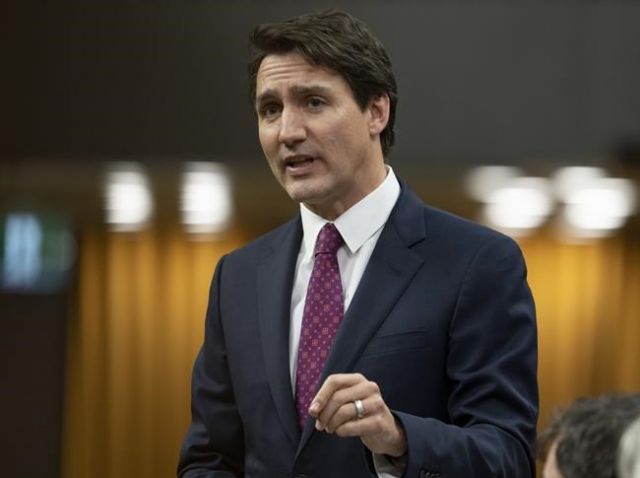 Prime Minister Justin Trudeau painted a picture of Canada teetering on the edge of violence as he defended his government's decision to invoke the Emergencies Act in February to end the "Freedom Convoy" protests.

Testifying at a public inquiry looking into that choice on Friday, Trudeau said the threat of serious violence was the key consideration in coming to that decision — a threat that he believed was very real amid angry protests in Ottawa and other parts of the country.

"There was a sense that this was a broadly spread thing. And the fact that there was not yet any serious violence that had been noted was obviously a good thing," Trudeau told the Public Order Emergency Commission on Friday.

"But we could not say that there was no potential for threats of serious violence; for serious violence to happen over the coming days. We were seeing things escalate, not things get under control."

The Liberal government declared a public order emergency on Feb. 14, the first time the act has been used since it replaced the War Measures Act in 1988. In doing so, the government gave police and financial institutions extraordinary powers to clear the protests.

After using a parking garage entrance to avoid dozens of largely subdued protesters who had turned out at the Library and Archives Canada building in Ottawa where the inquiry is being held, Trudeau took the stand to explain his government's decision.

Dressed in a blue suit and tie before a room packed with journalists, lawyers and some of those same protesters, Trudeau presented a grim picture of the situation on Feb. 13 as he and his cabinet ministers weighed whether to use the Emergencies Act.

Thousands of protesters opposed to COVID-19 vaccine mandates and other pandemic-related restrictions, as well as the Liberal government, had by that point occupied downtown Ottawa for more than two weeks, while several border crossings with the United States had been blocked.

Trudeau in his testimony said officials had seen the "weaponization" of vehicles, with a report of protesters trying to ram police officers at protest sites in Alberta and British Columbia, and "the use of children as human shields" in Ottawa.

Wellington Street, which has since been shut down to vehicular traffic, runs in front of Parliament Hill and was the scene of the main protests in Ottawa.

The prime minister also recalled reports of police being swarmed, and said there were concerns about violence between "Freedom Convoy" protesters and angry counter-protesters.

And while police by then had come up with plans and were moving to clear blockades from the Ambassador Bridge in Windsor, Ont., as well as Coutts, Alta., Trudeau said there were reports of new protests springing up in other places.

The Emergencies Act identifies a public order emergency as a threat to Canada's security, as defined in the Canadian Security Intelligence Service Act.

That definition includes espionage or sabotage of Canada's interests, foreign influence, acts of serious violence against people or property with political, religious or ideological objectives, or the violent overthrow of the Canadian government.

Canadian Security Intelligence Service director David Vigneault testified on Monday that while no such threat materialized during the protests, he told the prime minister he supported the decision to invoke the Emergencies Act.

Trudeau defended the government's decision on Friday, saying CSIS's "deliberately narrow" definition of what constitutes a threat to Canada's security was intended to frame the spy agency's activities and not constrain the government.

The prime minister added the government is allowed to accept input from other sources beyond CSIS, including the RCMP and other federal departments and agencies, and that the decision ultimately rests with cabinet.

In his testimony, Trudeau accused Ottawa Police Service of not having a real understanding of the protests — and not having a plan to deal with them.

Trudeau started his testimony by saying he was reminded of the anger expressed during the 2021 election campaign when he heard a convoy of protesters was barrelling toward Ottawa.

Speaking in French, Trudeau says that when he heard the demonstrators were travelling to Ottawa, he and his staff thought back to people protesting COVID-19 mandates, who had followed him on the campaign trail last year.

He also said there was a "disconnect" between messages his aides were seeing about the protest on social media and the "assurances" coming from Ottawa police and other authorities that this would be a "normal" demonstration.

Trudeau testified that he spoke with Gov. Gen. Mary Simon last February, while hundreds of trucks and protesters were blocking streets around Parliament Hill, decrying his Liberal government and its COVID-19 health restrictions.

Some protesters had incorrectly thought that Simon was capable of firing Trudeau and install some form of committee with the protesters to lead the government instead.

A memorandum of understanding from one of the organizing groups, Canada Unity, had also unlawfully demanded that Simon and the Senate force the federal and provincial governments to lift all COVID-19 restrictions, including vaccine mandates. The memo was later withdrawn.

Notes from a conversation between Trudeau and Simon submitted as evidence to the inquiry show the Governor General told the prime minister that some of her senior staff "were getting a lot of hateful emails."

Those emails were "asking for the GG to fire PM and to create these crazy things. It is difficult to receive these things. They made a website in my name saying stuff. Have to let it slide off our backs," Simon said during the call, according to the notes.

Once protesters arrived in Ottawa, Trudeau said he had a call with one of his Ottawa MPs, Yasir Naqvi. According to notes of that conversation submitted as evidence, Naqvi told Trudeau his community felt "under siege."

The document shows Trudeau responded: "I feel so gutted."

Trudeau is the final witness to appear before the Public Order Emergency Commission and his appearance meant tighter security at the inquiry for members of the public and journalists.