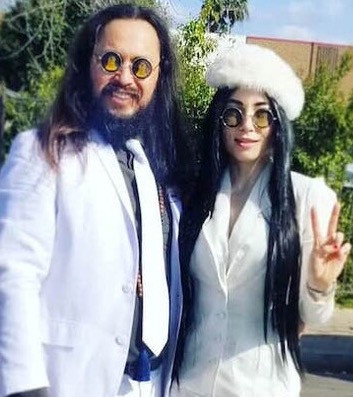 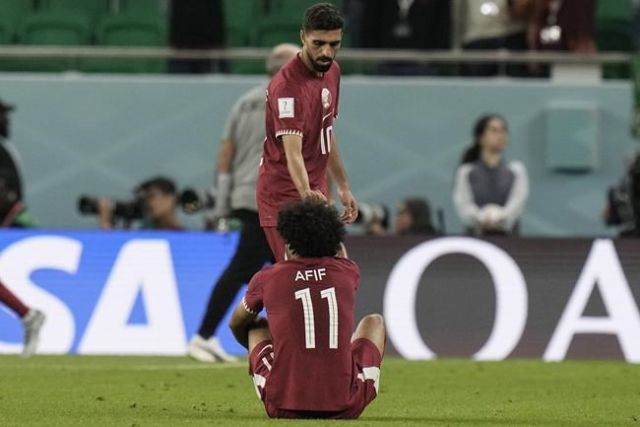 DOHA, Qatar (AP) — The show is over already for the Qatar team, which was eliminated Friday from the World Cup less than a week after it opened the tournament and launched the first version of soccer's biggest event in the Middle East.

Qatar lost 3-1 to Senegal for its second straight defeat at the World Cup and its exit was confirmed a few hours later, when Netherlands and Ecuador drew 1-1 in the other Group A game.

Becoming the quickest host nation team to depart the tournament in the 92-year history of the World Cup, Qatar can’t qualify for the last 16 no matter what happens in its last game against Netherlands.

South Africa had been the only other home team to fail to make it out the group stage in 2010 — but it at least managed a win and a draw.

“If you expected us to go very far in this tournament, then it will be a disappointment,” Qatar coach Félix Sánchez said before his team was officially out. “Our goal was to be competitive.”

The writing was on the wall from the very start for Qatar. The team may be the 2019 Asian champion, but looked nervous and was overwhelmed in the 2-0 loss to Ecuador last Sunday straight after a glittering opening ceremony put on by the wealthy Gulf emirate and meant to showcase it to the world.

Friday's performance by Qatar was a little, but not much better for a squad that all plays in the local league and is missing the kind of top talent that is present in almost every World Cup team now.

Qatar at least scored this time, a second-half header by substitute Mohammed Muntari, a Ghanaian-born striker who is one of many in the squad born outside Qatar but brought in to boost its chances at the World Cup. At 2-1, Qatar threatened a comeback against the African champion for just six minutes before Bamba Dieng responded to hit home Senegal's third goal and reestablish a two-goal cushion.

Senegal got its campaign back on track after losing its opener to Netherlands. Coach Aliou Cissé was also pleased that three forwards, Boulaye Dia, Famara Diedhiou and Dieng, got on the scoresheet as Senegal has its own challenge at this World Cup: Filling the chasm left by the pre-tournament injury to Sadio Mané.

Cissé had instructed his remaining forwards to step it up before playing the host at Al Thumama Stadium in Doha. They responded.

“Yes, we understood the message loud and clear,” Dia said. “Efficiency efficiency, efficiency. You need to get in front of the goal and you need to score.”

Qatar had never qualified for the World Cup before FIFA's highly-contentious decision in 2010 to give it the tournament. That gave its team automatic entry. But although the oil- and gas-rich nation spent around $220 billion of its vast riches on building stadiums, roads and even a new city for the World Cup, it couldn't put together a solid defense for the team.

Qatar fell behind against Senegal after an amateurish mistake by central defender Boualem Khoukhi, who tried to make a clearance under no pressure, didn’t connect properly and landed on his backside. The ball dribbled away from Khoukhi and Dia lashed it in for his first World Cup goal.

Diedhiou made it 2-0 at the start of the second half with a header from a corner while two Qatar defenders failed to stop him.

Qatar did get a stroke of bad luck when it was denied a penalty and the chance of the lead before Dia’s goal. Akram Afif, who was born in Doha, was knocked over by a charging Ismaila Sarr but referee Antonio Mateu of Spain didn’t award a penalty even though replays suggested that contact was made.

“We have to forget about today, move on and play the Netherlands,” Sánchez said.

A WAVE (GOODBYE?) FOR QATAR

As Qatar rallied for a little while in the second half, the white-robed Qatar supporters did try and get behind their team.

Thousands of home fans walked out halfway through Qatar’s first loss to Ecuador, but they stayed against Senegal and even broke out into the wave around the stadium. It turned out to be more of a wave farewell from the World Cup.

Senegal came closer to adjusting to life in Qatar without Mané, with those three forwards on the scoresheet.

“It’s very difficult to replace a player like Sadio Mane but football is a team sport,” Senegal coach Cissé said.

Also important for Senegal, goalkeeper Edouard Mendy made two world-class saves to suggest a return to some form after he was blamed for both goals in the 2-0 loss to the Dutch.

Qatar bows out against Netherlands on Tuesday. Senegal isn’t out of trouble yet and will face Ecuador on the same day with both playing for a place in the last 16.