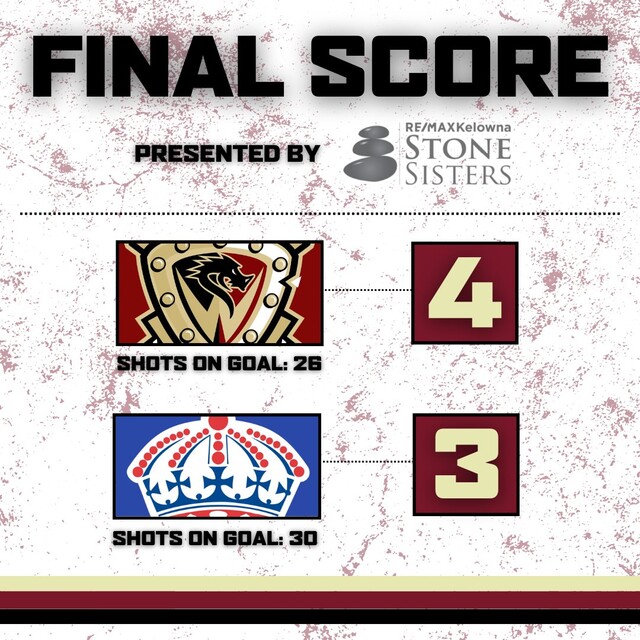 The West Kelowna Warriors are back in the win column.

Luke Devlin snapped a 3-3 tie with a power play goal six minutes into the third period and the Warriors held on for a 4-3 victory over the Spruce Kings in Prince George Saturday evening.

The goal was his third of the season.

The teams were deadlocked 2-2 after one period and 3-3 after 40 minutes.

Alexi Van Houtte-Cachero opened the scoring two minutes into the game then, after the Spruce Kings turned the tables with power play goals 46 seconds apart, Riley Sharun tied it with his second of the season.

Prince George native Aiden Reeves restored the Warriors lead just 15 seconds into the middle frame before Jake Schneider scored his second of the night to tie it five minutes later.

Justin Katz turned away 27 shots to earn the victory.

Saturday's win moves the Warriors back into a second place tie with the Spruce Kings in the Interior Conference.

The Warriors are off until Friday night when they entertain the Vernon Vipers on Teddy Bear Toss night.