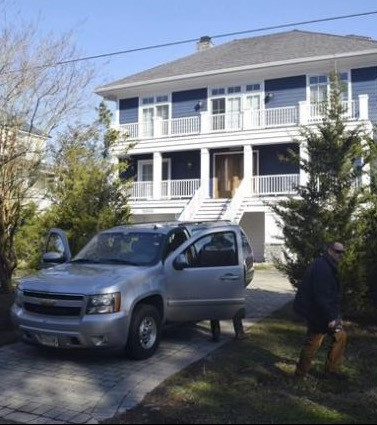 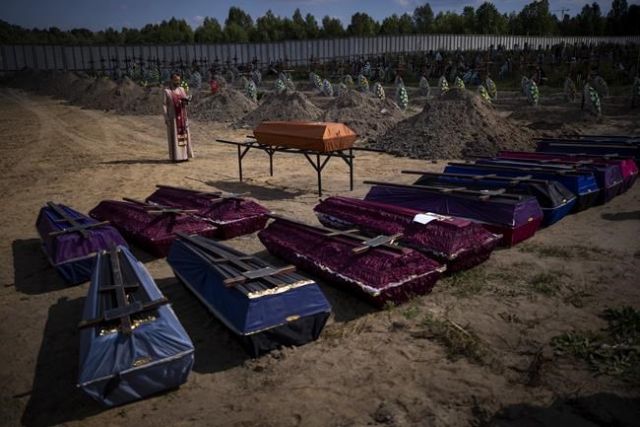 As the Ukrainian army liberates territory from Russian occupation, authorities say they are finding evidence of atrocities and crimes against humanity that could amount to genocide.

Oleg Nikolenko, the spokesman for Ukraine's Foreign Affairs Ministry, said the findings point to the need for a special tribunal. But Ukraine's allies, including Canada, question the proposal.

Nikolenko called the evidence "horrible" in a recent interview in Kyiv, and he added his voice to the debate that has been going on since the spring over whether Russia's actions since its February invasion are genocidal.

"Unfortunately, every city that the Ukrainian army liberates, we find there places of mass atrocities, mass graves, torture rooms," he said. "All those cases are being investigated right now. They are evidence of war crimes, crimes against humanity. And if we take a look overall at Russia's crimes in Ukraine, it can amount even to a genocide."

On Sunday, Ukrainian prosecutor general Andriy Kostin told the BBC that Russia's recent strikes against energy infrastructure were the equivalent of genocide. The attacks plunged 10 million people into darkness, mainly in the capital of Kyiv. The drinking water supply has also failed, sparking fears about the coming winter.

The prosecutor general's office has catalogued 49,471 war crimes and crimes of aggression that it says have been committed since the Russian invasion began on Feb. 24. Vladimir Putin's troops at one point occupied up to a quarter of Ukrainian territory, but they had to retreat, and now an estimated 15 per cent of the country is under Russian control, mainly in the east and southeast.

Researchers who have created tools for detecting abuses, in particular by using social networks, reported at a recent conference at the University of Ottawa that crimes and atrocities committed by Russian soldiers increased just before they surrendered territory. In Balakliya, a town that was liberated in September and was recently visited by The Canadian Press, authorities said a torture chamber had been set up in the local police station.

The determination of what constitutes a genocide can stir heated debate. Ukraine long fought to have the Holodomor — the man-made famine in Soviet Ukraine that killed millions in 1932-33 — recognized as a genocide, something Canada did in 2008. The UN Genocide Convention defines genocide as acts "committed with intent to destroy, in whole or in part, a national, ethnic, racial or religious group."

Canadian International Development Minister Harjit Sajjan last month invoked the Holodomor when talking about Russia's invasion but said it's too soon to say whether the current atrocities amount to genocide. "When you look at the number of missiles that were actually on to target civilians, it's hard not to make the connection to the genocide that took place during (the) Holodomor," Sajjan said.

Russia denies it has targeted civilians in its current campaign, but the government in Kyiv doesn't buy that. "Russia behaves like a terrorist state," Nikolenko said. "It kills innocent people, without any particular reason or motive, just because they are Ukrainians and they continue to resist."

Marie Lamensch, projects coordinator at the Montreal Institute for Genocide and Human Rights Studies, based at Concordia University, recently spoke of the "hyperviolence" of the war in Ukraine, which she said surpasses what has previously been seen. She spoke at a recent conference on Ukrainian studies in Ottawa of “mutilations committed on bodies even after murders.”

Opinions are divided on applying the label of genocide to the war in Ukraine, and it could be the subject of political and legal debate.

One specialist on Ukraine recently called for caution. French researcher Anna Colin Lebedev wrote on social media that there is a form of “ambient genocidal political discourse and deep-seated contempt for Ukraine” in Russia. The author of "Jamais frères?" ("Never Brothers?"), about the complex relationship between Russia and Ukraine, noted that the Russian command is losing control of the situation on the ground. She specified, however, that there is no evidence to conclude “a direct order of extermination was given to the troops."

Colin Lebedev did not respond to a request for an interview.

Ukraine wants the International Criminal Court to prosecute and convict the perpetrators of alleged atrocities but says that would not be enough. The government also wants a special tribunal created for "crimes of aggression" by one state against another — which do not fall under ICC jurisdiction.

Canada is reviewing the proposal for a new tribunal, a Foreign Affairs official said during a briefing that was not for attribution. “There are practical and legal obstacles,” the official added, saying discussions are ongoing with G7 partners. “There is some skepticism about the feasibility of the thing."