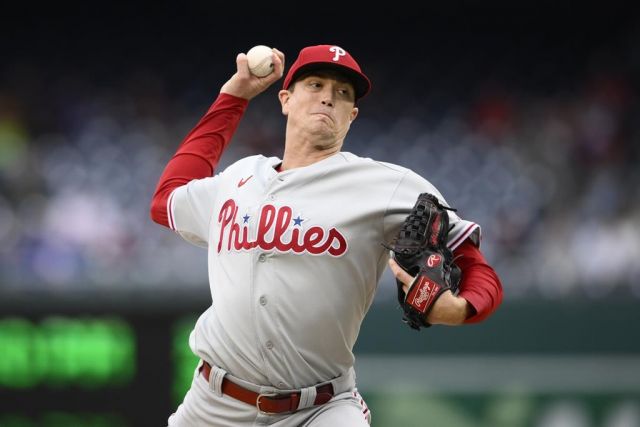 SAN DIEGO (AP) — The Baltimore Orioles have agreed to a one-year contract with right-hander Kyle Gibson, adding a veteran arm to their pitching staff ahead of the winter meetings.

A person familiar with the negotiations confirmed the deal to The Associated Press on Saturday night on condition of anonymity because the agreement is pending a physical.

Gibson, 35, went 10-8 with a 5.05 ERA in 31 starts for Philadelphia this year. He also pitched 2 1/3 scoreless innings in two relief appearances in the postseason as the Phillies made it to the World Series before losing to Houston.

The contract gives Baltimore another experienced arm as it looks to build on its surprising 2022 season. After losing 110 games the previous year, the Orioles contended for an AL wild card for much of the summer before finishing 83-79 for the franchise's first winning record since 2016.

The 6-foot-6 Gibson was selected by Minnesota in the first round of the 2009 amateur draft. He made his big league debut with the Twins in 2013.