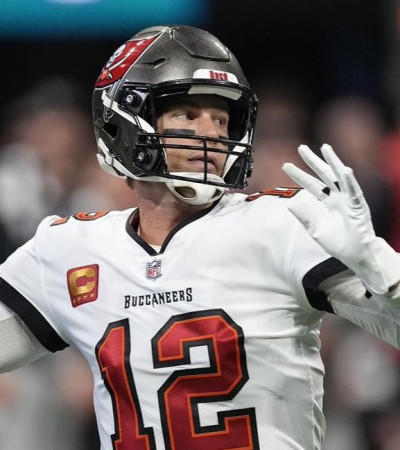 This time's for real

Tom Brady retires at 45, insisting this time it's "for good."

IOC delays 2030 hosting decision again, BC gov't still out of the picture 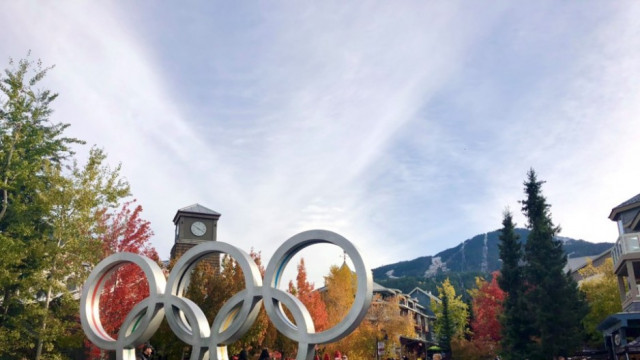 The International Olympic Committee indefinitely postponed the selection of a 2030 Winter Olympics host on Tuesday, but that is not enough to change the B.C. government’s mind.

“The ministry was made aware this morning of the International Olympics Committee’s decision to delay the awarding of the 2030 Winter Games,” said a Tuesday statement from the Ministry of Tourism, Art, Culture and Sport. “Cabinet reviewed the hosting proposal earlier this fall and decided not to support this bid, given the significant investment and risks involved. The province’s decision is binding and will not be revisited.”

The IOC was originally expected to use this week’s executive board meetings at headquarters in Lausanne, Switzerland, to open negotiations with Salt Lake City and Sapporo, Japan. In late October, the NDP government opted against underwriting the bid involving the Canadian Olympic Committee and Four Host First Nations — Musqueam, Squamish, Tsleil-Waututh and Lil’wat.

Instead, the IOC executive board announced that it agreed with the Future Host Commission’s proposal to take more time to study the impacts of climate change on future Winter Games, the possibility of rotating hosts from a pool of cities and requiring those cities to use only existing or temporary venues.

In a teleconference with reporters, an Olympics executive did not provide a new deadline.

“It will enable the commission to consult deeply with interested parties, of course, but also International Federations, National Olympic Committees, the athletes, the winter sport industry experts, the [International Paralympic Committee], because, yes, we are operating over a month,” said Christophe Dubi, the IOC’s executive director of the Games. “So it's that full month [of competition] that needs to be considered in a global warming environment.”

The decision on 2030 had already been delayed from May 2023 to fall 2023, due to postponement of the annual IOC meetings scheduled for Mumbai.

The effort to bring the Olympics back to 2010 host Vancouver hit a wall in late October when the NDP government said it had other vital spending priorities and would not fulfil the IOC-required duty of deficit liability. The federal sport hosting policy firmly states that Ottawa will not guarantee deficit funding.

“With billions of dollars in direct costs and risks, supporting a 2030 Olympic and Paralympic Winter Games bid could jeopardize the Province’s ability to address the very real pressures facing British Columbians,” continued the Ministry’s statement. “Government remains committed to the important work of reconciliation and continuing to build strong relationships with First Nations and Indigenous partners.”

“We continue to see value in the opportunity for all partners to come together and fully explore the potential benefits of hosting a 2030 Winter Games in British Columbia, and this decision allows for more time for dialogue amongst parties on the significant amount of work done to date,” said a statement released by the bid group.

Sapporo, which held the Games in 1972, is facing headwinds from the Tokyo 2020 organizing committee’s corruption scandal. Salt Lake City hosted the Games in 2002 and said it could be ready for 2030, but the U.S. Olympic Committee prefers 2034 because of potential sponsorship conflicts with the Los Angeles 2028 Summer Games.

“There was a discussion about the possible double award for 2030 and 2034, to create stability for winter sport and the Olympic Winter Games,” Dubi said. “At this stage, no conclusion has been reached. It will take several more rounds of discussions.”

In the context of the B.C. government’s refusal, Dubi was asked whether the IOC would use the indefinite delay to reconsider whether host cities should carry the burden for security and deficits. He indicated that is not on the table because of the terms of the host city contract and the IOC’s existing commitments to contribute revenue from its sale of global sponsorships and broadcast rights.

“What is clear is that the IOC cannot be responsible for a deficit for which it has no responsibility over. We are taking a number of risks ourselves,” Dubi said.

He said that the IOC had been clear with B.C., and other parties, on what it can deliver back to cities.

"The IOC is not in to make money,” he said. “It is raising money to distribute to the rest of the Olympic family, the organizing committees to start with, but the National Olympic Committees the International Federations, because in the end, this is for the benefit of the athletes.”

Another IOC official also acknowledged the delay could open the door to more bids for 2030.

“The mandate of the commission is to constantly ensure that there will be a healthy pipeline of interest for the future,” said Jacqueline Barrett, the director of the IOC’s Future Olympic Games Hosts office. “So that's where our door is open every day of the year, for any interest,”

The COC estimated Vancouver 2030 would cost $4 billion, including at least $1 billion from taxpayers. It proposed reusing most of the 2010 venues in Vancouver, Richmond and Whistler, with the exception of the Agrodome for curling, Hastings Racecourse for big air skiing and snowboard jumping and Sun Peaks resort near Kamloops for snowboarding and freestyle skiing.

The 2010 Games are believed to have cost $8 billion, all-in. The true costs are unknown, because the B.C. Auditor General never did a post-Games study, the organizing committee was not subject to the freedom of information law and its board minutes and financial files won’t be open to the public at the City Archives until fall 2025.