“I have a question about rear hitch-mounted bike racks, which are readily available in stores. We use one with four bikes on it for our family and when the four bikes are loaded, they obstruct the view of the rear licence plate, brake lights and turn signals. The corner lights can be seen through the spokes of the bike wheels but not clearly. Any opinion on this because these are widely used?”

You seem to have described the problems associated with this type of bicycle carrier clearly yourself.

4.04 (2) Lamps and reflectors required by this Division

(c) must not be shielded, covered or obscured by any part of the vehicle or load or by dirt or other material.

Lights and reflectors on the rear of the vehicle must be mounted as far apart as practicable.

The hazard might be greatest during the day when bright sunlight coupled with this obstruction prevents the brake or signal lights from being visible to a driver following you. The resulting rear end collision would certainly be considered to be at least partially your fault.

With regard to the license plate, the regulations state:

Plates to be unobstructed

In order for enforcement by intersection safety cameras to be effective, the rear licence plate of the vehicle must be able to be photographed. When they are not, the driver of the vehicle may be issued a violation ticket with a penalty of $230. It appears that police currently issue about 100 of these tickets each year in B.C.

Before you scrap the rack, or sell it to some other unsuspecting purchaser, it could easily be made legal again. Moving the license plate to the back of it along with duplicating the lights that are obstructed on the vehicle would not be expensive or difficult to do.

It appears these solutions may be purchased on line for less than the cost of the obstructed plate fine.

Unfortunately, what is not clearly stated with these is if they are compliant with the rules and are marked accordingly with the appropriate DOT codes.

You may wish to buy from a reputable vendor so the item can be returned for a refund if it is improper.

Trade your ticket for driver training 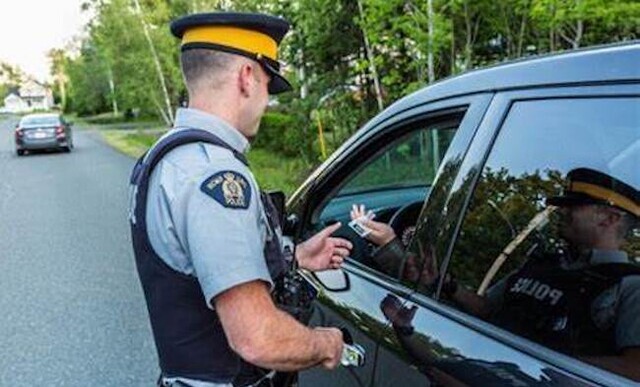 "You don't care about safety! All you guys want to do is suck money out of my pocket!"

Here was a speeder who was very definite in his opinion and not afraid to state it. He was wrong, I did care about safety, but my traffic cop toolbox didn't contain many officially sanctioned options for dealing with it.

When I saw a traffic violation, I really only had three options—ignore it, warn the driver for their behaviour or write them a ticket.

Which option I chose had a lot to do with the circumstances present. Was the action a danger to themselves or others? Would the driver benefit more from a warning and a few words of education or was it serious enough to warrant writing the ticket?

Sometimes, what the driver had to say at the roadside made it apparent they had no intention of following that particular driving rule in the future.

If the action was not significant and driver was receptive, the warning and an explanation of why they should not do that would brought the contact to a successful close. However, that only dealt with one particular driving behaviour and did not contribute to any further skill assessment and improvement.

Knowing that I was about to retire, I thought to myself, "What are they going to do, fire me?" So I wrote the ticket and after I had served it I told the driver I had a deal for him. Spend the cost of the ticket on himself at the driving school of his choice, bring me the receipt and I would run the ticket through the shredder.

He took the deal and returned to the detachment within a couple of weeks with the receipt. He said he had learned he was not shoulder checking properly, failed to turn out of and into the correct lane at intersections and wasn't coming to a proper stop at stop signs.

I handed him all copies of the ticket and told him that he could do what he wished with them.

A traffic court justice mentioned in a conversation we were had he wished more officers would do something like this as a form of restorative justice. He offered the example of the Victoria PD traffic unit and I was able to find a similar program run by the Surrey RCMP detachment.

Personally, I thought it neatly filled the commitment to the education goals of both the Canadian Road Safety Strategy and the B.C. Road Safety Strategy education element. This driver and those around him benefited far more from the driving school's advice than he would have learned from paying the $138 penalty for speeding.

Of course, he could have chosen to treat the ticket in the usual manner by payment or dispute but I think we were both pleased with this outcome.


What constitutes a traffic control device? 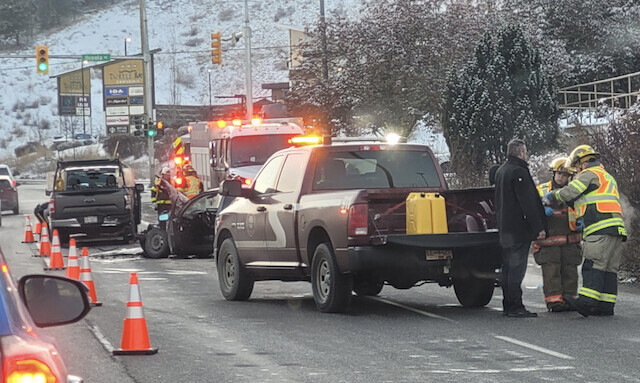 Photo: Contributed
Marker cones are classified as traffic control devices when set out at the scene of an accident.

Amid the chaos of a collision scene came a call over my police radio, "Grab that vehicle, it just drove around the cones and into oncoming traffic!"

Not only did the emergency workers have to deal with a two-vehicle collision in an intersection full of emergency vehicles, they also had to contend with drivers who were going through no matter what.

The line of cones blocking the lane might not have been seen as something the driver needed to take meaning from in this situation. I was surprised to find how little our provincial driving manuals, Learn to Drive Smart and the Tuning Up for Drivers, have to say about following the instructions of temporary traffic control devices other than to think ahead and exercise care in a construction zone.

The single mention of a traffic cone was in Tuning Up for Drivers and involved using one as a marker to practice parallel parking.

There is a huge number of traffic control devices that we encounter when we drive every day. Signs are self-evident, but it sometimes seems the message conveyed by the type of lines or arrows painted on the roadway or lights, signs and barriers in construction zones or at a collision scene are either confusing for some drivers or are simply seen as a guideline rather that something that must be obeyed.

It's the driver's responsibility to know what any traffic control device they encounter while driving means and how to obey them.

Failing to obey a traffic control device may place yourself or others at risk and could result in a violation ticket. Currently that would mean a fine of $121 and two penalty points.

Should one drive into the oncoming lane toward a crash scene filled with emergency vehicles with flashing lights? Yes, if directed to do so by a person in authority when no other way exists to get past.

Otherwise, stop and wait, or as in this case, make a left or right turn and go around the block. 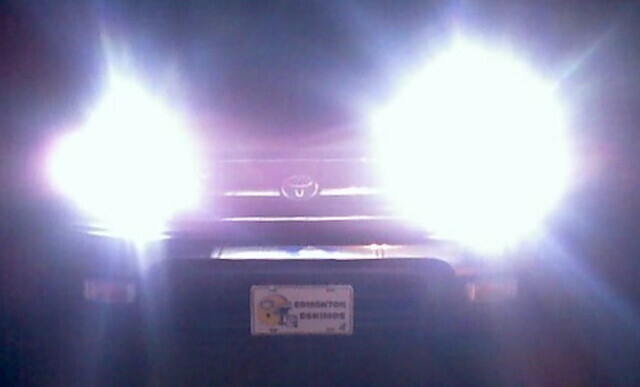 Have you ever given any thought to how far you can see at night as you are driving on the highway?

High beam headlights seem to overpower the dark, but there are a lot of situations where we are limited to using just the low beams. I was required to calculate the safe speed using only low-beam headlights at a seminar and I was surprised at the result.

The Insurance Institute for Highway Safety (IIHS) says most headlight systems do not perform well. For the 2022 model year, about 40% of the systems tested are rated “marginal” or “poor” because of inadequate visibility, excessive glare from low beams for oncoming drivers, or both.

Yes, the IIHS is an American organization, but remember Canada pretty much rubber stamps the American standards and calls them ours.

Most drivers can see a dark object at night with low beam headlamps at a distance of 25 metres. The sight distance may be greater with some of the better quality systems.

The average perception and reaction time for a driver who is paying attention is about a second and a half. Using those facts, the result is a speed of about 40 kilometres per hour.

If you travel any faster, or don't pay full attention, you will collide with the object before stopping.

Dark objects such as pedestrians and deer are commonly found on the roads when we travel at night. Granted, there is other light to see by in towns and cities, but out of town approaching and passing other vehicles, we are hurtling along at 80 km/h and 90 km/h or more, and using only the low beams.

This seems to me to be a compelling reason to be a little more careful with our speed at night.

Now consider what could happen if one of your headlights were not working, or if both were so coated with dirt from winter driving that the full light output was not available. Complaints about vehicles with only one headlight are common and one only has to observe and count to see that is true.

For your own safety, it is well worth the time and money to keep your headlights clean and in proper working order.