UBC Okanagan School of Engineering professor Ray Taheri is on his way to Romania to fulfil a quest that’s been 10 years in the making.

He’s taking a bronze bust of his late friend Peter Nicu, the creator of the Ogopogo statue downtown Kelowna, to have it erected where Peter spent his youth before coming to Canada.

The pair met in 2006 after Taheri moved to Kelowna and they quickly became fast friends.

“I promised him (that) I will take his bust to one of these three countries because he was born in Moldova and lived about six or seven years in Ukraine, but the majority of his life he spent in Romania. He knew himself and recognized himself as Romanian more than any other nation,” said Taheri.

He will be taking the bronze statue to the city of Oradea, where it will be set up near a centre for underprivileged children. Taheri will also be using a $50,000 endowment from Nicu’s estate to help the children. Nicu died in 2013.

As a teen, Nicu jumped a train from Odessa, ending up in a Romanian city where he knew no one. He was found passed out in front of a flour mill by the owner, who took him in and gave him a job.

Peter studied engineering in the Romanian Air Force, was a German prisoner of war, and eventually, he and his wife emigrated to Canada. They came to Kelowna in 1974.

Nicu was a well-known figure in the Okanagan. Not only did he create the Ogopogo statue that still stands at the waterfront today, but he also had a parade float featuring the legendary lake monster and designed and engineered an amphibious vehicle in the shape of Ogopogo.

“He was known as the father of Ogopogo. He used to always wear a peaked cap with the Ogopogo logo,” adds Taheri.

Shortly before Peter’s death, Ray commissioned the bronze bust, reaching out to young American artist Stephanie Hunter. It was her first such work.

“She said that I owe everything, all my success now, to my first bust. Peter actually changed my life even though I never met him,” Taheri explains.

He calls Hunter’s work a masterpiece.

Ray has a second bust in his home and is hoping that one day it will be erected somewhere in Kelowna to give Peter the public recognition he thinks his friend deserves. 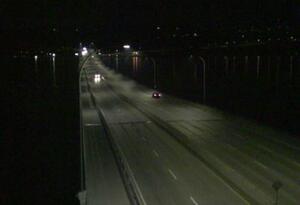