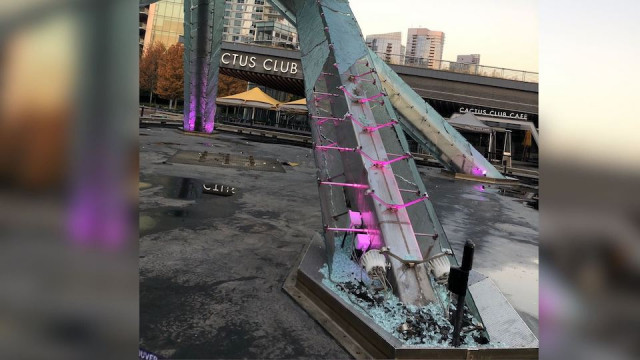 Vancouver Police say they are conducting an investigation after a cultural landmark was smashed by vandals in downtown Vancouver over the weekend.

The Olympic Cauldron was created for the Vancouver 2010 Winter Olympics.

Millions of people watched it get lit up for the first time in person and on television, and the 32.8-foot landmark now stands in its permanent home in Jack Poole Plaza, according to the Vancouver Convention Centre.

The VPD won't provide any further details about the investigation at this time, but anyone with information should contact police.