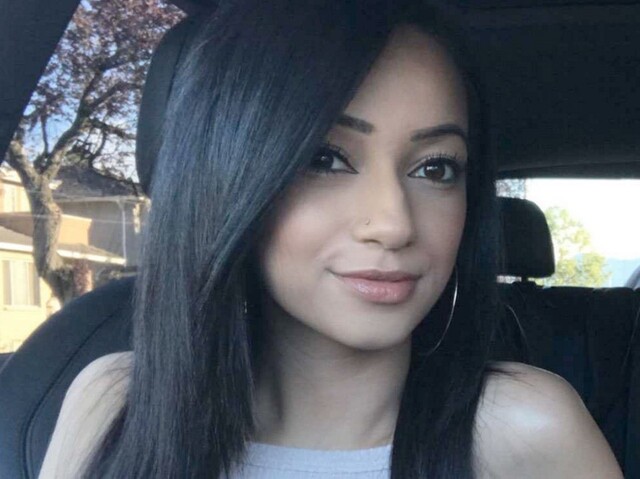 Photo: RCMP
Bhavkiran Dhesi was 19 at the time of her death.

A Surrey man who pleaded guilty to second-degree murder and offering an indignity to a human body in connection with his girlfriend's 2017 death should be jailed for 10 years, B.C. Supreme Court heard Oct. 5.

Crown prosecutor Sameena Nahal told Justice Jeanne Watchuck that Harjot Singh Deo — then 19 — accidentally shot Bhavkiran Dhesi, 19, in the head Aug. 1, 2017, put her body in her SUV and drove to an isolated road and set the vehicle ablaze.

Nahal said the blaze was spotted and a fire crew arrived to put it out. Only the front of the vehicle was burned and crews found Dhesi’s body in the rear.

An autopsy revealed multiple skull fractures. Meanwhile, a shell casing was found at the scene and matched the bullet retrieved from the body.

Deo, now 25, was charged in May 2019 with second-degree murder. A month later, police announced an additional charge of indecently interfering with or offering an indignity to human remains.

He pleaded guilty to manslaughter and the indignity charge in February of this year.

“Mr. Deo’s moral blameworthiness is high for this manslaughter,” Nahal said. “It was a deliberate action on his part to carry a loaded firearm for his protection.”

Nahal told the judge Deo should be imprisoned for six years for manslaughter and four years for burning Dhesi’s body. She called the latter act an attempt to obstruct justice through destruction of evidence.

Nahal and Fowler both told the judge there is also the factor of time already served as well as restrictive bail conditions to be considered in the eventual sentence.

Watchuk heard Deo was involved in the drug trade and carried a loaded weapon out of fear for his safety. He did not have a firearm acquisition certificate.

He also had security cameras installed at his parents’ home with a recorder in his room.

The court heard the couple had been in his bedroom at his parents’ Surrey home when the gun went off accidentally as he attempted to take it from his pocket. She was shot in the head and collapsed on the bed. He did not call for emergency help.

Instead, Deo put her body in the back of her vehicle and drove to an isolated road.

After leaving the burning vehicle, Nahal said, Deo returned home and a pickup truck arrived, backing up to the garage. The bloodied mattress was loaded into it and taken to an alley where it was set on fire.

He then went to the Telus Garden residences in Vancouver where brother Gurvinder Singh Deo and extended family member Talwinder Khun Khun had already arrived. Deo entered the garbage room and put a garbage bag into the compactor.

She called the case a “tragic example” of what happens when illegal firearms are improperly handled.

Members of B.C’s Integrated Homicide Investigative Team arrived at the Deo residence Aug. 2 and secured it as a crime scene.

In Deo’s bedroom, they found Dhesi’s blood, a spent gun cartridge and a firearm holster. They did not find the firearm, Deo or Dhesi’s cellphones or the security system recorder.

Fowler told Watchuk that Dhesi's death was entirely accidental, that nothing in life could have prepared Deo for how to deal with it.

"He didn't know there was a bullet in the chamber," Fowler said. "The firearm went off completely inadvertently. Her death was likely instantaneous."

Further, the lawyer said, Deo was not fooling around with the gun or showing it off. He said Deo's blameworthiness is "the fact he possessed an illegal handgun and was carrying it."

Still, he said, Deo's actions after the shooting were done in a state of panic, what Fowler characterized as "an almost childlike attempt to erase what he had done."

Fowler told the court Deo accepted full responsibility for his actions through the guilty plea. He said much of what happened might not be known without Deo having explained it to psychiatrist Dr. Shabreham Lohrasbe.

The doctor's report said Deo went through a "long period in denial of the full horror of his actions."

Deo had said he was not involved in the drug trade at a gang level but had acknowledged that, in Surrey, there was a lot of crazy behaviour and violence.

In 2018, Deo himself was shot five times in an unsolved incident, Fowler said.

Watchuk heard five victim impact statements from Dhesi’s sister, two cousins and a friend. Sobs were heard through the courtroom as they were read.

They recounted how Dhesi had struggled with kidney disease and, after a kidney transplant, was looking forward to the future with hope.

“Your choices took that from her and your choices took her from us,” cousin Taljit Beryar said. “The average person in Canada does not keep illegal loaded weapons in their home for this this reason. Someone could be killed.”

Anjala Dhesi called her sister kind, compassionate, driven and intelligent. “She was the light in my life,” she said.

“You killed my best friend,” she said to Deo, noting she now finds trusting anyone hard. “I just became angry as a person in general.”

Talwinder Deo and Khun Khun were accused of being accessories after the fact to murder and for indecently interfering with or offering an indignity to human remains.

However, Watchuk acquitted them on Oct. 3.

Mother Manjit Kaur Deo was given a conditional discharge and 12 months of probation after a May 2021 obstruction of justice guilty plea.

Sister Inderdeep Kaur Deo had been charged with accessory after the fact but the charge was stayed.