'Disappointing' that U.S. pressing ahead with duties on Canadian softwood lumber: Ng 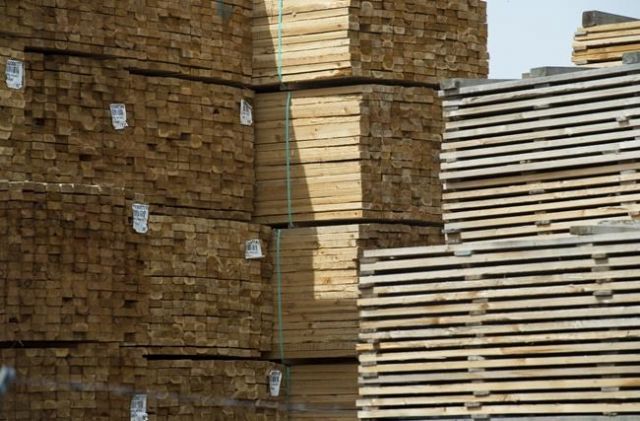 Photo: The Canadian Press
Fresh cut lumber is pictured stacked at a mill along the Stave River in Maple Ridge, B.C. Thursday, April 25, 2019. Canada’s international trade minister says the United States appears to be pressing ahead with what she calls "unjustified" duties on softwood lumber imports. THE CANADIAN PRESS/Jonathan Hayward

Canada's international trade minister says the United States appears to be pressing ahead with what she calls "unjustified" duties on softwood lumber imports.

Mary Ng says the anti-dumping and countervailing duties the U.S. imposes on Canadian softwood lumber are little more than a tax on American consumers.

A raft of documents filed today by the U.S. Department of Commerce, just the latest in a series of reviews of the dispute, indicates the anti-dumping and countervailing duties aren't going away.

The latest combined duty rates — which are preliminary and won't take effect until after a final review expected this summer — range between 7.29 and 9.38 per cent.

Ng calls the results of the review disappointing to forest sector workers, businesses and communities on both sides of the Canada-U.S. border.

She says Canada will use all avenues to fight the duties, including litigation under NAFTA and its successor the U.S.-Mexico-Canada Agreement, as well as at the World Trade Organization.

"With these preliminary results, the U.S. Department of Commerce has indicated its intention to maintain its unjustified duties on imports of Canadian softwood lumber," Ng said in a statement Tuesday.

"Canada remains ready and willing to find solutions that allow for a return to predictable cross-border trade in softwood lumber. We are confident that a negotiated solution to this long-standing issue is in the best interests of both our countries."

The U.S. wants Canada to address the provincial stumpage fee regime that American producers have long complained gives producers north of the border an unfair advantage — the core issue in a dispute that has persisted for decades.

Ottawa, however, insists that such a fundamental change to the way a key Crown resource is managed is not on the table.