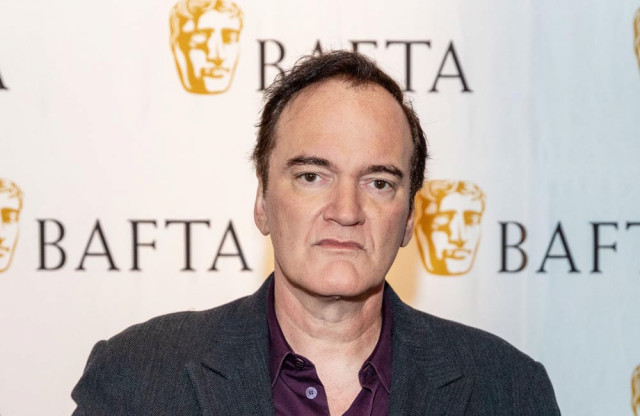 Quentin Tarantino has slammed the "Marvel-ization of Hollywood".

The 'Once Upon a Time in Hollywood' director lamented the fact there are "no real movie stars" anymore and blamed the fact the "franchise characters" in superhero movies are what become celebrated, not the talent of the actors bringing them to life.

Speaking on the '2 Bears, 1 Cave' podcast, he said: “Part of the Marvel-ization of Hollywood is… you have all these actors who have become famous playing these characters, but they’re not movie stars. Right? Captain America is the star. Or Thor is the star. I mean, I’m not the first person to say that. I think that’s been said a zillion times … but it’s like, you know, it’s these franchise characters that become a star.”

The 59-year-old filmmaker insisted he doesn't "hate" Marvel films but admitted he is frustrated that the comic book genre has overshadowed any other movies being made in the modern age.

He said: “Look, I used to collect Marvel comics like crazy when I was a kid.

“There’s an aspect that if these movies were coming out when I was in my twenties, I would totally be f****** happy and totally love them.

"I mean, they wouldn’t be the only movies being made. They would be those movies amongst other movies. But, you know, I’m almost 60, so yeah. No, I’m not quite as excited about them.

“My only axe to grind against them is they’re the only things that seem to be made.

“And they’re the only things that seem to generate any kind of excitement amongst a fan base or even for the studio making them. That’s what they’re excited about.

"And so it’s just the fact that they are the entire representation of this era of movies right now. There’s not really much room for anything else. That’s my problem.”

A few weeks ago, the 'Kill Bill' director admitted he would never direct a Marvel film because "you have to be a hired hand to do those things".