It's official: The Tk’emlúps te Secwèpemc lands are getting bus service 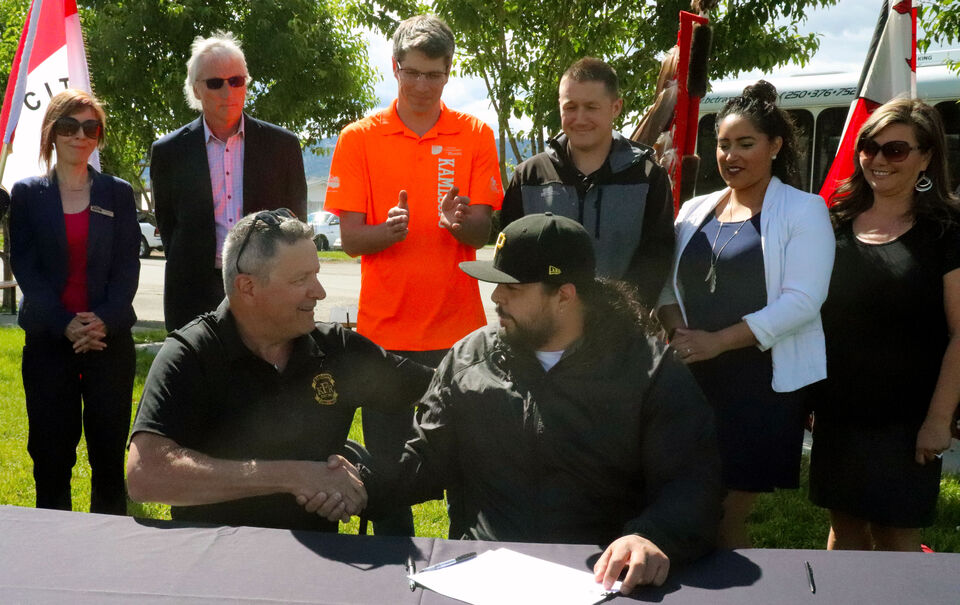 The Tk’emlúps te Secwèpemc lands will be getting bus service starting this September.

The City of Kamloops and the local First Nation signed a community transit partnership agreement on Monday (June 11), cementing what has been in the works for many years.

“It’s very important for the membership that lives on the reserve and people who live in Sun Rivers,” says Acting Chief Eagle Casimir. “It’s going to connect both worlds, and I think that we’re going to be able to provide a lot of services. I think we are saying to the rest of the community that we are open for business now.”

The bus service will help with safety, he adds, noting “there’s not a lot of ways of getting to town without crossing the CN tracks.”

“It is very scary to think that somebody could be in an accident. It just provides a lot of alternatives to getting to where they need to be in a timely manner – doctor’s appointments, jobs. This is going to open up a lot of doors for a lot of people.”

The commitment from the band was $250,000 according to Casimir. The band is responsible for the operating, capital and maintenance costs on TteS lands, and any leasing fees for additional buses.

“When it comes to the health and safety of our community, I think this was a well thought-out project and I think the money will be spent in a good way,” he says.

Mayor Ken Christian called the ratification “good news for Kamloops” and said it will help the local economy.

The agreement is for a five-year term.

Service will start Sept. 4 and will run from Monday to Friday. There will be 12 round trips.

A route has been planned from the downtown exchange to Sun Rivers through Mount Paul Industrial Park, but bus stops haven't been figured out. Riders will have to take 18 Mt. Paul.