The outside of the bus that would travel from Prince George to Surrey. (via Adventure Charter and Rentals)

For anyone looking to travel between Williams Lake and Kamloops, there's going to be a bus for that. 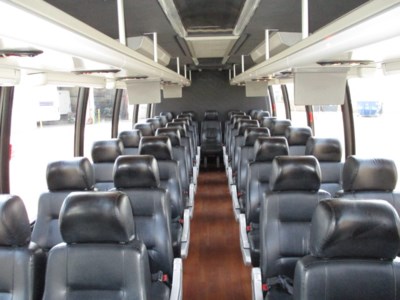 The inside of the bus that would travel from Prince George to Surrey. (via Adventure Charter and Rentals)
The license was provisionally granted at the end of April by the Passenger Transportation Board.

“There were several additional steps to complete following the license approval," Adventure Charters owner Janna Gerzen says in a release. "One of the requirements was for us to publicly release our detailed routes, schedules, fares and even obtain ticket pre-sales as of April 15."

Williams Lake to Kamloops will be able to transport 20 passengers while Prince George to Surrey can accommodate as many as 36.

Routes will run twice per week with the ability to add more if it's warranted.

The company says buses will stop in several smaller communities when tickets are pre-booked.

A third-party online reservation system will be used to ensure the best experience and most secure method, the company says.

Passengers will advance-book and pay by credit card, then either print the ticket or have it ready for the driver on their mobile device.

Trips are expected to start on May 2.

Fares are determined how many zones a passenger will travel through: 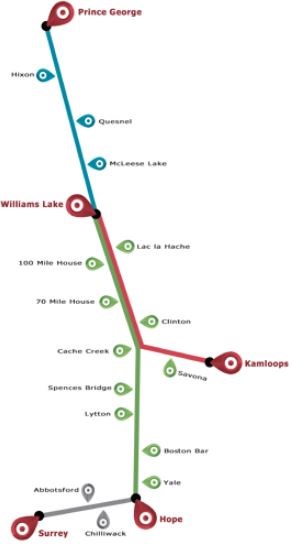 In Kamloops the bus will stop at the Kamloops Travel Centre (the Petro Canada/A&W) at 1885 Trans Canada Highway off of Versatile Drive. 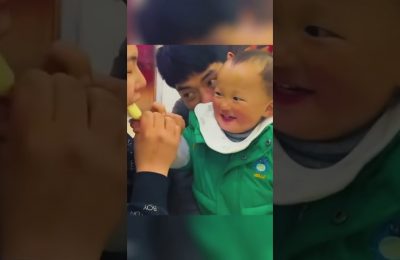 Babies with their dads