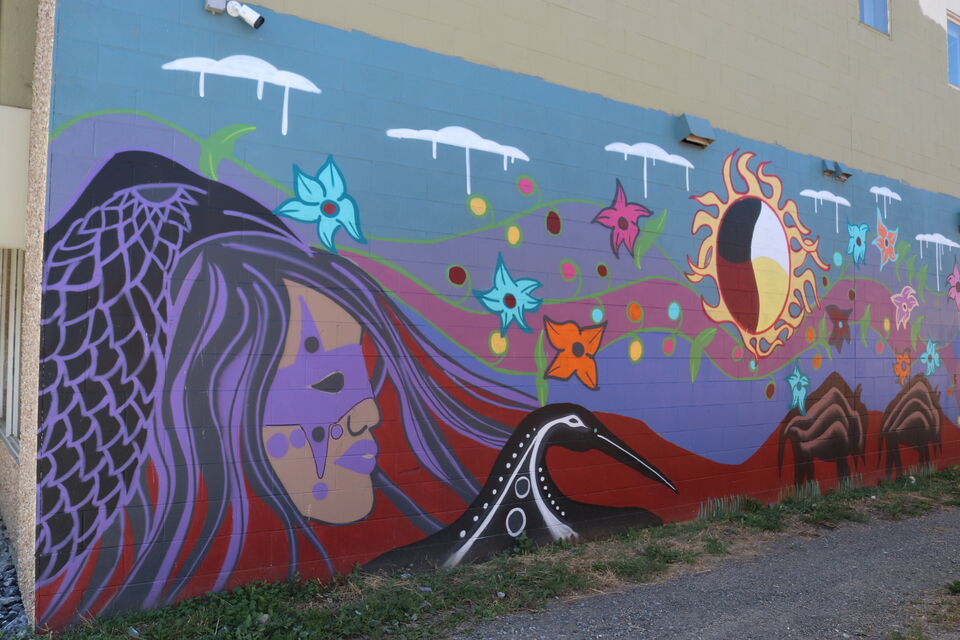 Like a bright, two dimensional virus that brings positivity instead of illness, murals are spreading across Kamloops.

While the North Shore has got a few, North Shore Business Improvement Association (NSBIA) executive director Jeremy Heighton is working to encourage more, with a program akin to the downtown Kamloops back alley gallery, as the organization prioritizes issues from its spring planning report.

"Our goal is to start incrementally, with murals at strategic places," he says. "To enhance the welcoming factor of our streetscapes. ... Our challenge on the North Shore is we don't have too many alleyways; instead, we're looking at storefronts."

Currently, three murals are being planned for the Tranquille corridor: the Findlay's Sewing Machines and Vacuums building, the Interior Hobbies and Crafts building (the facade is getting old, Heighton says) and at Hatsuki Sushi.

"One of the murals, we already have approved and ready to go for next year," he says. Meanwhile, the NSBIA is creating a directory of mural artists so building and business owners can see the type of art available.

Funding for the murals comes from three places, Heighton says: art grants from branches of government, business owners and the NSBIA.

"There are a few reasons you enter into a mural project," he adds. "Community vibrancy. Well decorated and vibrant spaces tend to have a different vibe.

"There's also an unwritten rule on the street. If you have a nice mural, you don't tag that."

The NSBIA is also participating in the dumpster art project, where dumpsters around the city are being brightened up, to "create something artistic out of something that is typically ugly," Heighton says.

As for the murals, he's hoping to add two or three to the North Shore each year, noting that while the area is growing, some developers are planning to leave walls open for art.

The mural project is part of the NSBIA's priority list. The business organization reached out to its members earlier this year for feedback on what needs they have. Heighton says while the list was released earlier this year, the NSBIA priorities have been selected as the city finishes its North Shore Neighbourhood Plan.

Heighton says there's a bit of everything, from looking at how planters are placed to allow for easier parking in the area, to remarking crosswalks, to working on bus routes so that employees making their way to the North Shore commercial areas have useful transit choices. Art plays a role in a few ways, from wrapping B.C. Hydro boxes to the aforementioned murals.

He adds that the focus for the group, as it's a business organization, was on the business corridors, and five specific aspects: commercial growth, transportation, infrastructure, commons spaces and community building.

While some of the focus is on the usual commercial areas, Heighton says the NSBIA wants to look at Tranquille Road as it comes from the airport, as that's a route that often introduces visitors to the city. A strong relationship with the area's neighbourhood associations is also important, he adds.

The first murals for the project should be unveiled in 2020.