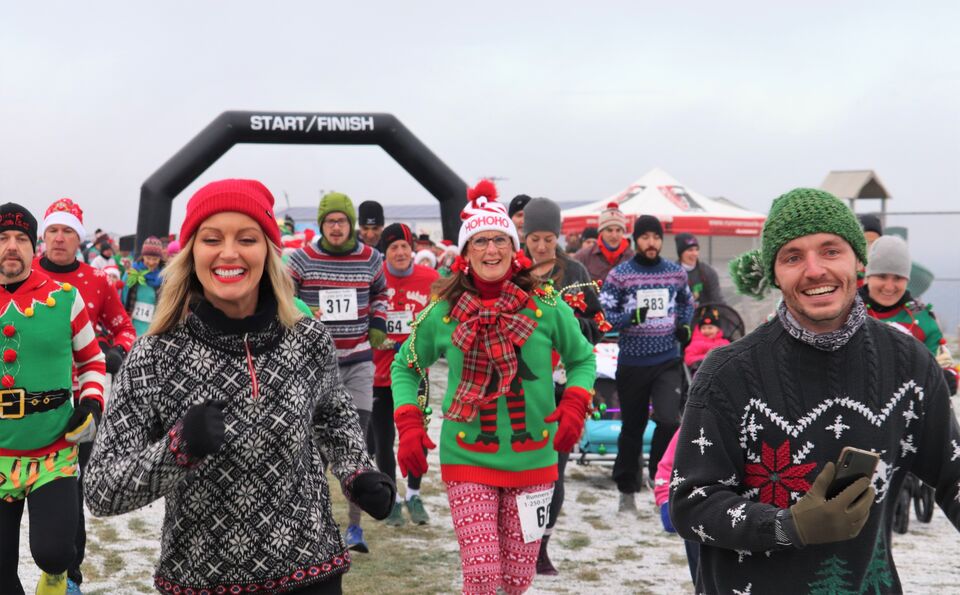 The run, a fundraiser for the Kamloops Boys and Girls Club PowerStart Program is organized by Payton Comazetto, who organizes the event in honour of her brother, Brennan.

"In 1999 my brother and I were out bike riding and he was hit and killed by a drunk driver," she tells KamloopsMatters. "I was wanting to do something in his memory as I got older; he was 10, I was 6."

"He loved Christmas and I noticed there was a bit of a void in the community; we didn't have an event like this, this time of the year," she adds.

That led her to starting Brennan's Ugly Sweater Run in 2017, with proceeds going to the PowerStat Program which feeds at-risk youth breakfast.

"Our goal was to double last year's proceeds, we're about $2,000 from hitting our goal of $12,500 which would feed about 50 children for an entire year, which is pretty important," Comazetto says.

This year set a record for the young event, with more than 400 people participating. Last year there were fewer than 300.

"It's grown faster than I ever thought it would," Comazetto says. "I was expecting to sit around that 100 participant mark and we've already exceeded over 400."

As participation grows, so does the event. In addition to the 5km run, there was judging this year for the first time, for best outfits.

With dozens of volunteers cheering on runners and helping with the event, Comazetto says their support is a big part in keeping things (and people) running.

"I could not do it without the support of the Kamloops community," she says. "A big thank you to our volunteers."