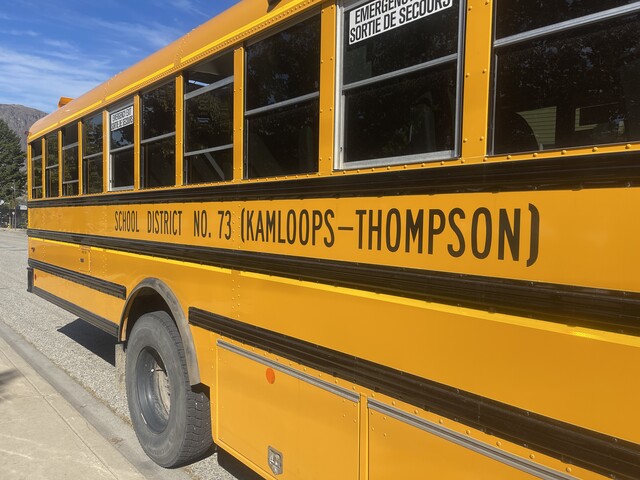 School District 73’s new dress code is being praised as a step in the right direction for putting an end to misogynistic attitudes, as students headed back to school this year not limited by “sexist” policies.

School dress codes often disproportionately affect female students, targeting skirt lengths, tank-top strap widths and the presence of cleavage. According to a TRU sociology professor, the former SD73 dress code policed the female body and female sexuality while not addressing the male body or male sexuality in the same way.

Rochelle Stevenson, a TRU sociologist who researches violence against women, said enforcing these types of sexist ideas at such a young age can affect the relationships individuals form later in life.

“It's basically modelling for young men, that young women's bodies are meant to be controlled and policed and dictated, whereas they don't get those same messages about their own bodies,” Stevenson said.

“When you kind of start thinking about the foundational and developmental stages in relationships, and romance and dating and sexuality — that's happening in high school.”

SD73's new dress code prohibits anything that undermines safety or inclusivity, as well as anything deemed illegal or profane, but does not mention skirt length or necklines.

Staff are now told to handle any potential violations in a "discreet" and "respectful" way.

In February, a NorKam student was sent home for a dress code violation. Students later staged a walkout and the incident made international headlines, after which district officials announced a new dress code was in the works.

Stevenson said it’s important that young people aren’t influenced by misogynistic ideas — and the district's new dress code is positive in that sense.

“It's a really pivotal time to be getting those messages, especially as you move forward into other relationships. It's those small little things that can form the foundation for perhaps unhealthy relationships later on in life,” Stevenson said.

“Because a lot of my work is looking at domestic violence, and I see those same kinds of issues of control and policing women's bodies come out in some of the abusive men that I've spoken to.”

Alix Dolson, agency coordinator at Kamloops Sexual Assault Conselling Centre, defined rape culture as anything that perpetuates harmful gendered stereotypes and biases. According to Dolson, many small and seemingly insignificant interactions can add up to create a volatile environment.

“Sexism in the workplace, those are all parts of rape culture,” she said.

“There's varying degrees of severity, but they all prop up the subjugation and victimization of women and other marginalized genders.”

Dolson said the language used in many dress codes including the former SD73 rules can diminish female learners.

“It just sets up that relationship between girls and boys as one, where there's a power imbalance: the boys are there to learn and the girls are there to not be distractions,” Dolson told Castanet Kamloops.

“That's incredibly harmful. The language is often around distraction, and that’s harmful. It’s painting clothing as a distraction, when what they really mean is, the boys are going to be distracted by the girl’s bodies.”

But a harmful dress code isn’t restricted to what students can wear. Dolson said it’s also how that code is enforced.

The previous dress code was criticized for allowing individual teachers to decide what’s appropriate, which Dolson sees as problematic.

“What's harmful is when the policy leaves too much discretion up to individual educators. Every person is going to have a different idea of what's appropriate for a school environment,” Dolson said.

“It needs to be spelled out very clearly in black and white, what's acceptable and what's not.”

Stevenson said this tactic leaves too much room for error.

“That is unfair,” she said.

“It does speak to values about the appropriateness of female behaviour, which is a slippery slope when we start thinking about rape culture, because rape culture isn't founded on people who absolutely wholeheartedly believe that sexual assault is okay.”

School dress codes have been implemented for decades, but Dolson said many ignore the lasting impact of being calling out in front of your peers.

“I could remember like the exact moment when I received a dress code violation, the teacher that said it, who was around and heard it, and exactly how I felt— and that was a couple decades ago,” Dolson said.

“I think that we sometimes forget just how profound that impact can be for students, the lasting impact really. There's long been issues with dress code violations, here and elsewhere.”

Since the new SD73 dress code was finalized in July, it has received a lot of praise from many in the district.

“It's much more inclusive,” Stevenson said.

“I was really happy to see that come forward for this fall.”

Dolson, who consulted on the new dress code, following an incident last year in which a Norkam student was sent home in violation of the dress code.

“I’m happy to see that it actually did lead to some change,” Dolson said.