No digging yet at Tk'emlups 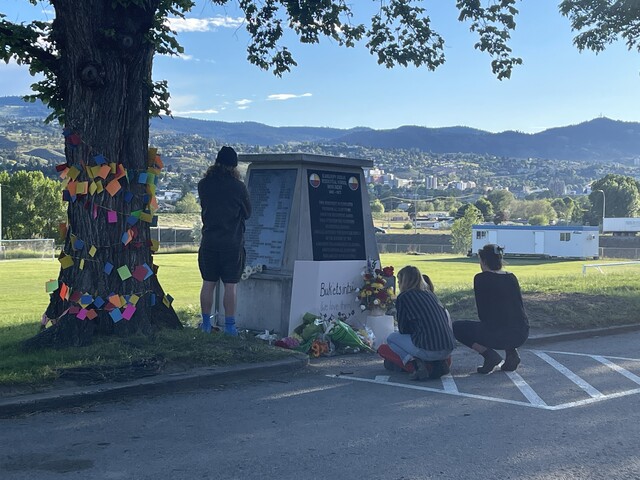 No excavation work has been started on the probable burial sites of children at the former Kamloops Indian Residential School, according to the band.

“But between the confirmation of the knowing of the eyewitnesses [of] the Indian residential school survivors, to the discoveries of the juvenile tooth and the rib bone, to the work Dr. Sarah Beaulieu has done for us, we still stand with that knowing that it's indeed a sacred space of unmarked graves.”

On May 27, Tk’emlups te Secwepemc Chief Rosanne Casimir announced the discovery of 215 remains found on the school grounds using ground-penetrating radar technology. Kooy referenced a rib bone and a tooth found on or near the surface near the former Tk'emlups school.

On July 15, the band revealed a report summarizing their findings up to that point.

Beaulieu, a ground-penetrating radar specialist who carried out the work for the band, said she found 200 “anomalies” that were likely burials, but said the find could not be confirmed without excavation.

"These results are as conclusive as [ground-penetrating radar] allows,” she said in July.

“Only forensic investigation with excavation will provide definitive results.”

The band has given no indication of when excavation might begin.