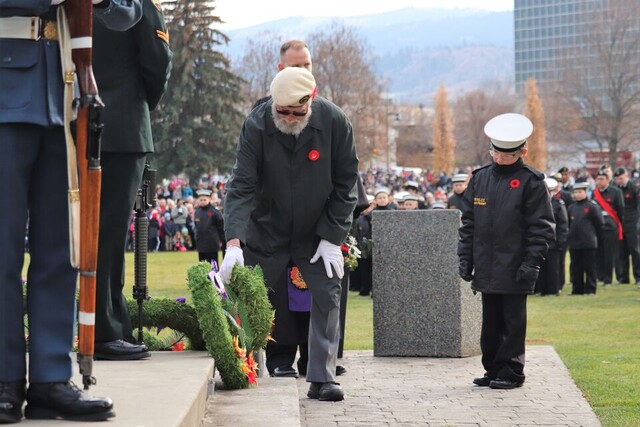 For the second year in a row Kamloops public Remembrance Day ceremonies have been cancelled due to the pandemic.

The Kamloops branch of the Royal Canadian Legion announced that 2021 ceremonies would be “By Veterans — For Veterans” once again and will be closed to the public.

The branch said the Nov.11 ceremony will honour all veterans in the community, but there will be no public gatherings, a parade through down town, or any wreath laying by residents.

There will be a private ceremony at the Battle Street Cenotaph for invited guests.

With COVID-19 restrictions the Kamloops Legion Branch said it has invited 100 people to the ceremony— twice the number they were allowed for last years ceremony but still just a fraction of the usual Kamloops turn out.

The actual ceremony will look the same as in the past, with a mounting of the Cenotaph Guard, marching on the Colours, VIP presentations of wreaths, prayers, and the singing of the National Anthem.

The proceedings will be live streamed on Facebook for the residents to watch at home.