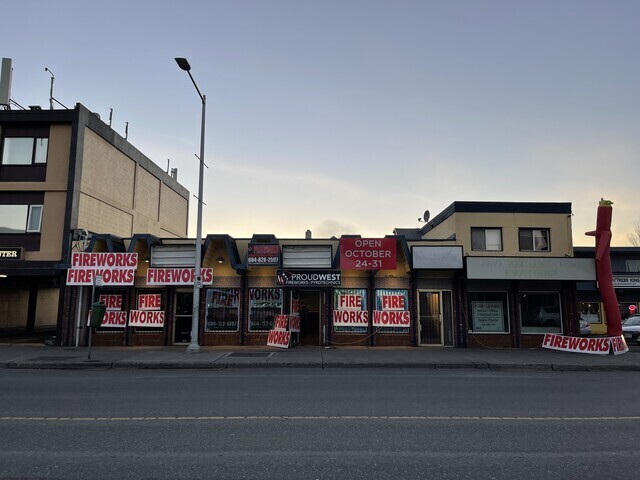 The City of Kamloops is reviewing its fireworks bylaws, which staff say are currently some of the most liberal in B.C.

City council last week directed staff to move forward with a review of the bylaw, which covers regulations around the sales and discharge of fireworks and the safety of shipping containers.

Steve Robinson, Kamloops Fire Rescue chief, initially gave a presentation about the need to modernize the bylaw at a community services committee in December.

“The City of Kamloops has one of the most liberal fireworks bylaws in B.C.,” reads a staff report prepared for the committee meeting.

The city said fireworks use in Kamloops is allowed between Oct. 24 and Nov. 1, and Dec. 25 and Jan. 1, while other cities across the province are moving to ban or restrict selling and setting off fireworks.

“The current bylaw is outdated and does not reflect the modern view of fireworks displays. The range of sale and use for fireworks is currently very broad and offers minimal safety requirements,” the report said.

According to minutes from the December community services committee, Robinson said KFR has received multiple noise and other complaints, and the department supports a restriction or ban on the use of fireworks within city limits.

In the report, staff suggest possibly restricting the sale and use of fireworks with a permit system, where only qualified applicants can purchase a permit.

Coun. Dale Bass, chair of the community services committee, told council staff will be reviewing the bylaw, determining if — and how — it needs to be changed.

“I’m sure that the public will be lobbying on both sides — because I know they have been lobbying me on both get rid of them and let them stay — and we’ll see what they come back with,” Bass said.

Staff are also instructed to review the part of the bylaw which pertains to shipping containers, which the city says are commonly used for temporary or permanent storage.

“Shipping containers without proper ventilation can be considered a pressure vessel when exposed to fire conditions,” the staff report said, adding that a firefighter was killed in 2013 when a shipping container exploded after a fire started nearby.

Council voted unanimously to have staff move forward with reviewing the bylaw.