Likely to run for mayor 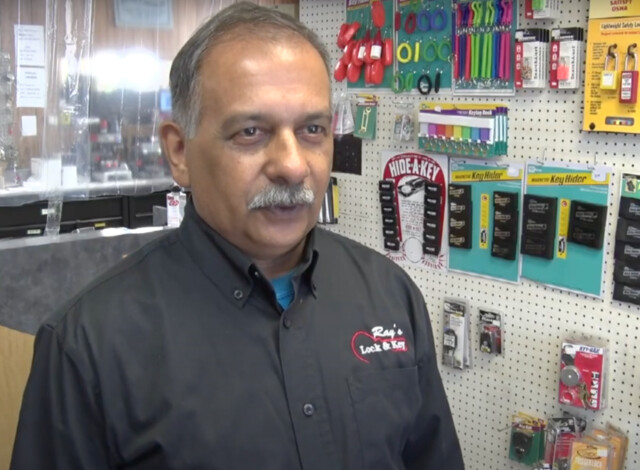 Photo: Castanet Staff / file photo
Ray Dhaliwal, former city councillor and owner of Ray's Lock and Key and Brown's Repair Shop, said there's a 90 to 95 per cent chance he will run for mayor in the upcoming municipal election.

A former city councillor and business owner says while he won’t make an official announcement yet, there is a high likelihood he will be running for mayor in the upcoming election.

Ray Dhaliwal, owner of Ray’s Lock and Key and Brown’s Repair Shop, said there’s a 90 to 95 per cent chance he will put his name forward, but there's still months to go before the writ is dropped.

Dhaliwal said he has started a new political group on Facebook — Action 22 Kamloops — to engage with residents and identify which issues matter most to them.

“I haven't made a public announcement to actually run for mayor, I’m not prepared to give you that right this time until we get that solidified a bit, but we're just testing the waters as a new political group,” Dhaliwal said.

“Our goal is to gather information from the citizens who have lost trust in the current mayor and council. So we want to hear and see what the citizens want out there.”

Dhaliwal was elected as a city councillor in a 2017 by-election. He said he stopped campaigning mid-way through the 2018 election as he purchased Brown’s Repair Shop and felt he needed to focus on the business.

According to the 2018 municipal election results, Dhaliwal was just over 700 votes shy of being re-elected to council.

“It was a great experience, and that's why I'm willing to give it another shot here. Now with the business running by itself, I have nine staff here now and I can step back,” Dhaliwal said.

Dhaliwal said he is motivated to return to the political arena after seeing the impacts of crime and social issues on Kamloops residents and businesses.

He said his locksmith business has seen 63 per cent growth over the past year.

“It's pretty well all over. Cars, trucks, another one got stolen last night. I posted that it was an epidemic of crime. Like I said, we have never been so busy.”

Dhaliwal said so far, he has seen good support from the public and positive feedback for his newly-created Facebook group.

“This page is not going to be a page to complain about the people on the streets and crime, it’s more of a solution-based group, we want to find a solution,” he said.

“We don't know everything. So we want to hear from the public and see what they think we should do. We want to listen to them.”

The 2022 general local election is scheduled for Oct. 15.