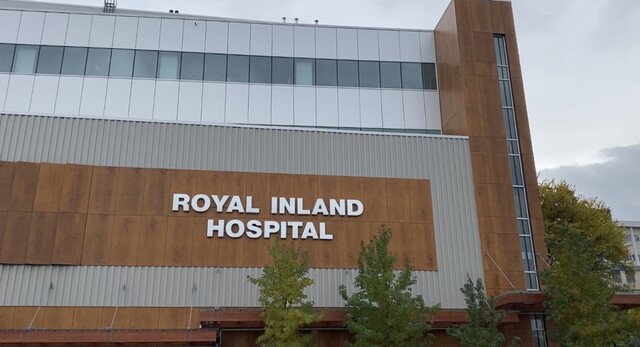 Coun. Dale Bass’ comments at Tuesday’s city council meeting came hours after Todd Stone — MLA for Kamloops-South Thompson — raised the issue on the Legislature floor, asking the health minister to acknowledge the “dire and worsening health care reality” in Kamloops and across the province.

Bass said she was devastated after meeting with nurses representing public health, long term care and the hospital along with Mayor Ken Christian last week.

“Nurses cried last week in this room. They just cried. Nurses are going home exhausted. More than half of them are on antidepressants right now. Some of them have suicidal thoughts,” Bass said, noting the irony that this week is National Nursing Week.

Bass said she has received a document indicating the hospital is anticipating tens of thousands of hours in shift vacancies from May 12 until July 12, and noted a recent social media post from a local doctor indicating there were three nurses staffing Royal Inland Hospital’s emergency room over a shift on Sunday night.

“When we started talking last year about the problems that [Interior Health] has created in RIH, I think we actually thought we were being heard. …This crap is still going on. I don’t know what we do here as a council other than keep on complaining,” she said.

Christian said he was also “taken aback by the candor” of nurses from the BC Nurses Union who met with them, and agreed they should be thanked for their work.

“My concern goes deeper, that we are literally six weeks away from opening an almost half a billion dollar hospital. And that will be nothing more than bricks and mortar if we don't have the staff — including other allied health professionals — to operate it,” Christian said.

“We have been consistent in terms of telling the government that for a number of years now, and now we're getting closer to the finish line, I'm getting increasingly more nervous about it.”

In the B.C. Legislature on Tuesday, Stone said healthcare workers across the province are “crying out” for Health Minister Adrian Dix to acknowledge them.

“We heard yesterday about three ER nurses on one shift looking after 40 patients, with 40 more patients waiting at Royal Inland,” Stone said.

Stone asked the minister to “speak to the specific actions that he's going to take now to address this dire and worsening health care reality.”

Dix said “no community in B.C., and no group of healthcare workers has done as much and under more difficult circumstances than the health care workers in Kamloops.”

He cited the ongoing COVID-19 pandemic, the overdose public health emergency, and natural disasters which have hit Kamloops hard.

He said the health authority has hired 200 nurses at RIH since January 2021, and continues to hire more, looking ahead to the opening of the new Phil and Jennie Gaglardi Tower.

“We've added nursing places both for nurse practitioners and for nurses at Thompson Rivers University. We are adding staff and adding supports all the time, and we're going to continue to do that,” Dix said.

In an interview with Castanet Kamloops last week, IH CEO Susan Brown was asked to comment on reports of low staffing levels at Royal Inland Hospital.

Brown acknowledged the hospital has been struggling through staffing shortages, the pandemic, wildfires and floods, but continues to deliver “excellent care” through hardworking staff and physicians.

“I need people to know that we’re striving to solve a lot of our problems based on recruitment,” she said.

“We’re doing everything we can to attract people to the community and also to encourage people to come and enjoy some of the benefits of being in the community.”