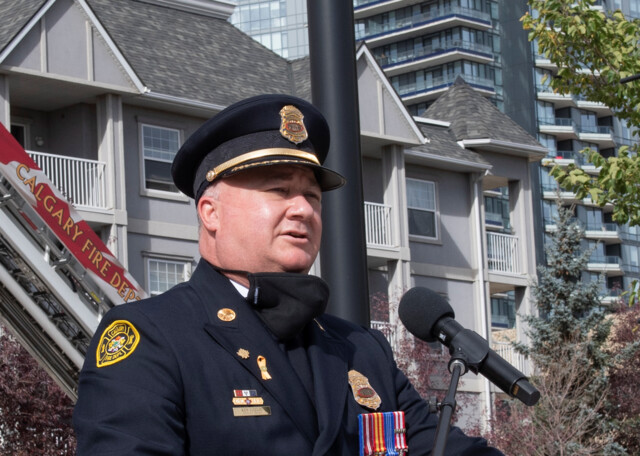 The Tournament Capital has a new fire chief.

Chief Ken Uzeloc will take the reins of Kamloops Fire Rescue in August.

The veteran firefighter was hired by the City of Kamloops after spending the last 15 years as a deputy chief in the Calgary Fire Department.

“I am extremely honoured to be joining the dedicated team at Kamloops Fire Rescue and the City of Kamloops,” Uzeloc said in a news release.

“I am excited for the opportunity to work with Kamloops Fire Rescue and to build on the tremendous service they provide every day to the citizens of Kamloops and the community.”

Uzeloc began his career as a firefighter in 1986, when he began volunteering in the Regional District of Kootenay-Boundary. He was hired as a professional firefighter by the City of Calgary in 1990.

Uzeloc is described as a highly educated fire professional who has been published and invited to speak at national and international fire conferences.

“The city is fortunate to secure an experienced and accomplished professional to join our growing management team and to lead and mentor our firefighters,” Byron McCorkell, the city’s community and protective services director, said in a news release.

“Ken possesses a unique balance of a rich educational background, strong leadership and proven dedication to the fire service, which will benefit the management team, firefighters and the community as a whole.”