Lytton will rebuild in 'safer' manner, mayor says on anniversary of deadly blaze

One year since Lytton blaze 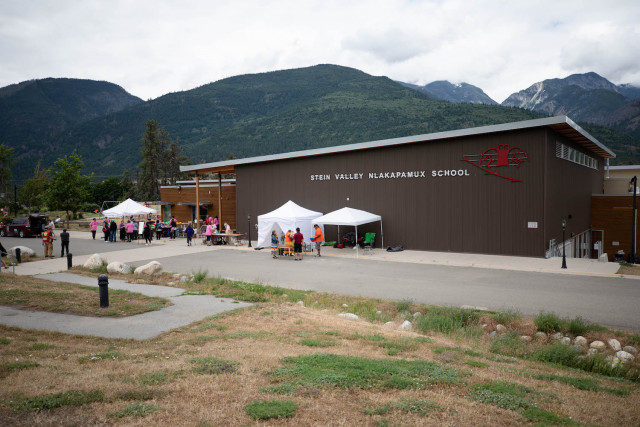 One year to the day after a deadly fire tore through his community, the mayor of Lytton says it’s refreshing to see politicians of all stripes coming together to help the village rebuild.

“Right from the Prime Minister to the Premier to the local MP and local MLA. It’s good to see Canadians of different political parties working together to make it happen,” Jan Polderman told Castanet.

“We have some dedicated government employees that have worked really hard to expedite matters, even though it has taken an extremely long time.”

Polderman said he believes the main challenge for Lytton is to get the main town site cleaned up. He said the goal is to have the process complete by September.

“The challenges for Lytton is capacity. Besides the town site, there isn’t much flat ground around, so even if you have the money to build stuff it’s exactly where do you put it,” Polderman said.

“I think it’s going to be the process going forward, the community and the bands in the area will all be consulted on the rebuild and we’re going to rebuild in a manner that is going to be safer.”

“We saw the incredible devastation of the community of Lytton and the corridor — when you look at from Boston Bar up to Spences Bridge over to Merritt, where the fire went, the whole corridor has been devastated by what happened on that day last year,” Tegart said.

“Yes, it’s going to be a long road forward, but the people of Lytton are so committed to their community, and I think that has shown in so many places on how they support one another, on how they continue to be advocating very strongly for the community.”

In a joint statement, Premier John Horgan and Mike Farnworth, Minister of Public Safety and Solicitor General acknowledged the tragedy suffered by the Lytton community as a result of the wildfire, which destroyed about 90 per cent of the village and killed two people.

“On this sombre anniversary, we reaffirm our commitment to all those affected by last year’s wildfire that we will not stop working until everyone can see the pathway to returning home,” the statement said.

The statement said moving towards rebuilding has been a partnership effort, seeing the province and federal government work under the leadership of the Village of Lytton and the Nlaka’pamux Nation Tribal Council.

“We know that for people waiting to get back to their properties and to rebuild their homes and lives, the recovery process can’t move fast enough,” the statement said.

The officials said there is a lot of work to do, but there has been “significant progress toward rebuilding.”

“We will keep moving forward to address challenges and ensure the community has the foundation in place for people, businesses and leadership to rebuild as soon as possible.”

On the one-year anniversary of the devastating fire that swept through Lytton, residents say the strength of their community has helped them through a challenging time.

On Thursday, residents gathered at the Stein Valley Nlakapamux School to commemorate the day by preparing art, letters and painted stones with images depicting people who helped them over the last 12 months.

According to the village, the items will be collected and buried on Thursday afternoon as part of a time capsule, which is set to be reopened in 30 years.

Denise O’Connor, a retired school principal and volunteer with the Lytton Resiliency Centre said in a statement this was a way to honour those who assisted the community.

“So many people, both inside and outside our community, helped us after the fire,” O’Connor said.

“This is one way we can honour them and the memory of that experience.”

“Many of Lytton’s buildings were destroyed by the fire, but our community was not,” Loring-Kuhanga said.

Jackie Tegart, MLA for Fraser-Nicola, told Castanet on Thursday that she was in Lytton “with a heavy heart.”

“It’s going to be a long road forward, but the people of Lytton are so committed to their community,” Tegart said.

“I think that has shown in so many places on how they support one another, on how they continue to be advocating very strongly for the community and how sometimes they force people to step up to the plate.” 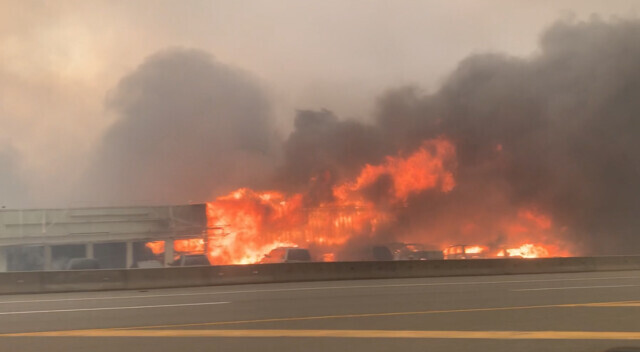 Photo: 2 Rivers Remix Society
A fire tore through Lytton destroying most of the village one year ago, on June 30, 2021.

It’s been one year since a deadly fire tore through the Village of Lytton, levelling town buildings and causing catastrophic damage to homes and infrastructure as residents fled, and investigators are still working to determine exactly what happened.

The fire started a day after Lytton set the record for the hottest temperature in Canadian history for the third day in a row. The mercury reached 49.5 C in the community on June 29, 2021.

Flames began to sweep through the town early the following evening, burning about 90 per cent of the village. Some residents said they had only minutes to gather any essential items they could and evacuate the area.

In an interview with CBC immediately following the village's evacuation, Lytton Mayor Jan Polderman described a wall of flame moving through the community.

“I drove through town and it was just smoke, flames, the wires were down,” he said.

David Harrison, an evacuee from Lytton, said he was extinguishing a number of small fires on his property before becoming overwhelmed with a larger blaze — stopping his efforts after seeing the power lines burn off a nearby power pole.

“We’re not the only ones that are homeless — there’s a great many people. It's a tragic situation,” he said.

Investigations launched by the BC Wildfire Service and RCMP into the cause of the blaze are ongoing, according to a spokesperson for BCWS.

BCWS said once it completes its investigation, the information will be shared publicly.

In October, an investigation from Canada’s Transportation Safety Board found no evidence that a train was at fault for triggering the wildfire — something several residents, officials with the Thompson-Nicola Regional District and the Lytton First Nation thought might have been the cause.

Residents have said they feel the investigation was flawed.

One year later, debris removal for many properties is underway. The provincial government has dedicated a total of about $49 million in funding to aid in rebuilding efforts, while the federal government has pledged $77 million to help the village construct a fire-resistant and energy efficient community.

However, in the months following the disaster, many residents have said help has been slow to arrive for the community.

The MLA for Fraser-Nicola, Jackie Tegart, said in January that Lytton still looked as it did the day after the fire, with residents calling her office “beside themselves,” wondering when something might be done to kickstart the rebuild process.

Earlier this month, Mike Farnworth, the provincial minister of public safety, said he expects the physical rebuilding of the town to begin in September, noting part of the challenge lies in the need to rebuild Lytton’s entire municipal infrastructure.

“We want people back,” he said. “The reality is recovery takes time. It can take quite a bit of time.”

To mark the day, those impacted by the fire have organized a private event taking place on Thursday in the Lytton area. Community members will gather throughout the day for wellness activities, food, and will participate in creating and burying a time capsule.

A public closing event will have live music from 2 Rivers Remix Society performed from 4 p.m. to 9 p.m.

Castanet Kamloops will have a reporter in the village on Thursday and will update this story throughout the day.