City activates EOC due to nearby wildfires, says there is no imminent threat 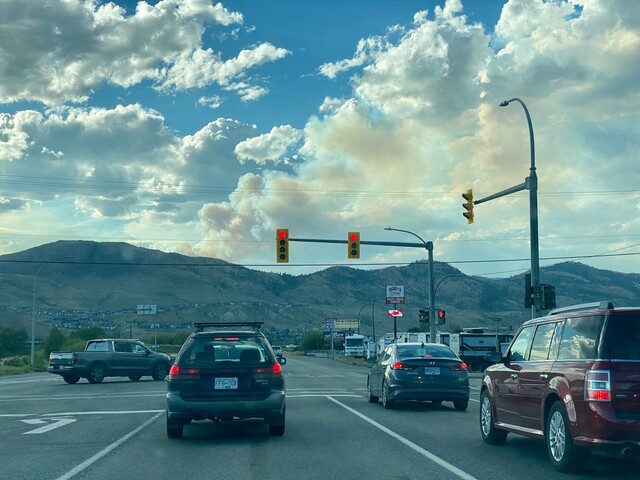 The City of Kamloops has activated its Emergency Operations Centre, saying it is keeping an eye on nearby wildfires although there is no immediate threat to the community.

In a news release on Tuesday, the city said it is working with Kamloops Fire Rescue and BC Wildfire Service to monitor nearby wildfires and wildfire conditions.

The Watching Creek wildfire, classified early Tuesday afternoon as a wildfire of note by the BC Wildfire Service, is about 195 hectares in size and is burning about nine kilometres north of Kamloops city limits at Tranquille.

William Beatty, the City of Kamloops’ emergency preparedness manager, said during peak wildfire season, residents should plan ahead for what to do in the event of an emergency.

“Residents can do their part to keep their families safe by knowing what to do before, during an after a wildfire,” Beatty said.

“Now is the time to get familiar with the Voyent Alert app, to make sure you have pins in the correct locations, and to get all other evacuation preparations in order.”

The City of Kamloops said if it needs to issue an evacuation alert or order, the messaging can be sent directly to Voyent Alert users through text, email or voice calls.

Those who have not yet signed up for Voyent Alert can find out more information on the city’s website.

The city said residents can prepare for evacuations by reviewing an up-to-date emergency plan with family members, assembling grab-and-go bags, and understanding what to do in the event of an evacuation alert or order.

A campfire ban will be imposed in the Kamloops Fire Centre, among other areas in the province, as of Thursday, Aug. 4 at noon.