Get to know Nancy Bepple 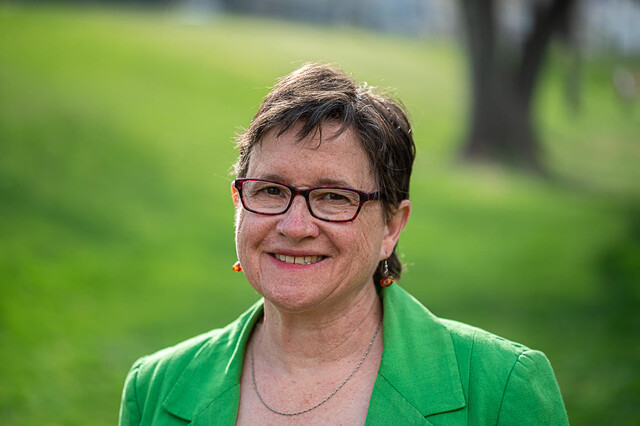 Castanet Kamloops is going to help you get to know the candidates running for city councillor over the next few weeks. Every weekday morning starting on Sept. 12, we will be posting a Q&A for each hopeful running for Kamloops council in the Oct. 15 local general election. All council candidates will be asked the same questions, and their answers, submitted to Castanet by email, are published in full.

Castanet Kamloops: Why do you think you would be a good councillor for the City of Kamloops? What unique perspective, skills or vision do you bring to the table?

Nancy Bepple: I have the skills and experience to be a strong advocate for citizens of Kamloops.

First, I have the experience. I was a councillor for two terms from 2008 to 2014 during which time I was a strong advocate, especially for seniors and people with disabilities.

Third, I am a successful business person. As owner of CareerFirsts with clients across Canada and the US, I am a finalist for the Kamloops and District Chamber of Commerce 2022 Emerging Business of the Year.

Fourth, I was a Coop Coordinator at Thompson Rivers University (2001-2021), during which time I helped thousands of young people connect with computing science, engineering and technology jobs in Kamloops, and across BC. I am a proven strong advocate.

What do you think are the most pressing issues facing the community today?

Bepple: The number one issue of concern for people I talk to is the social disorder on our streets. Some is caused by addictions. Some is caused by homelessness. Some by mental illness. There is not one cause to the disorder, but as a community, finding solutions needs to be a priority. Housing and healthcare options need to be provided.

Third, livability. As our city grows, amenities such as a performing arts centre, more ice surfaces, and an additional indoor pool will make Kamloops a better place for children, youths, families and seniors. Finding ways to build them affordably should be a goal of council.

Fourth, housing options for all types of people. In the past, single family residential was the dominant land use in Kamloops. With thousands of students, growing numbers of seniors, and shrinking family sizes in Kamloops, more options are required to make sure everyone has housing that works for their needs.

How can the city best tackle social issues — mental health, addictions, homelessness, crime — given the need to work with other levels of government responsible for those areas?

Bepple: The City has control of zoning. One of the most powerful tools it has is to zone land for different types of housing, and provide solutions such as reduced parking requirements to lower the cost of housing so that affordable housing can be built.

The City already partners with Interior Health to provide exercise and monitoring programs for people with diabetes, heart disease, strokes and cancer. I support the City extending these programs to include people with mental illnesses and addictions. I support a second Car40 that partners mental health workers and RCMP to support people in distress.

People with drug dependencies need access to supports. The City can work Interior Health and the Province in finding suitable locations for services.

Finally, the City can bring partners together such as Interior Health, Corrections, RCMP, BC Housing, and social agencies to find solutions that require multiple stakeholder involvement.

Kamloops and area has felt the impacts in recent years of a changing climate. What do you think the city should do to foster climate resilience and reduce emissions?

Bepple: Reducing emissions should be tackled based on the largest causes which include transportation and housing. These are linked. If Kamloops continues to sprawl, more and more vehicle trips will be required. Emphasis on building compact, walkable neighbourhoods, where people are close to the services they need should be encouraged. Density in the core of the city and other shopping hubs will help with this goal. Second, transit, walking and biking need to be promoted. Increased transit service, and safer walking and biking infrastructure are needed.

Even with reduced emissions, some climate change will happen. Cooling centres should be considered for more locations in the city. The City of Kamloops should consider increasing its budget for inspecting and repairing dikes along the river. Critical infrastructure such as the intake to the water treatment plant should be reviewed to ensure it is adequate. Neighbourhoods which border on forests could be given incentives to remove excessive trees to reduce fire hazards.

How can the City of Kamloops strengthen its partnership with Tk’emlups te Secwepemc and continue working toward reconciliation with First Nations?

Bepple: First, the ongoing meetings between Tk’emlups and Kamloops councils should continue. Strong relationships are the best beginnings. Second, City of Kamloops should look for opportunities to partner on projects with TtS, such as recreational facilities. Third, there should also be an ongoing effort to retell and reframe the history of Kamloops to ensure TtS perspectives are included such as on signage, museum displays, and cultural events. Fourth, City of Kamloops could work with cultural and sports organizations to encourage those groups to find more ways to work with TtS as well.

More widely, through its role on the Thompson Nicola Regional District, the City of Kamloops can encourage broader dialogue with First Nations within the regional district on issues such as transit services and other services.

Visit Castanet's Kamloops Votes page to find profiles for City of Kamloops mayoral and councillor candidates along with links to candidates' websites and social media accounts if available.