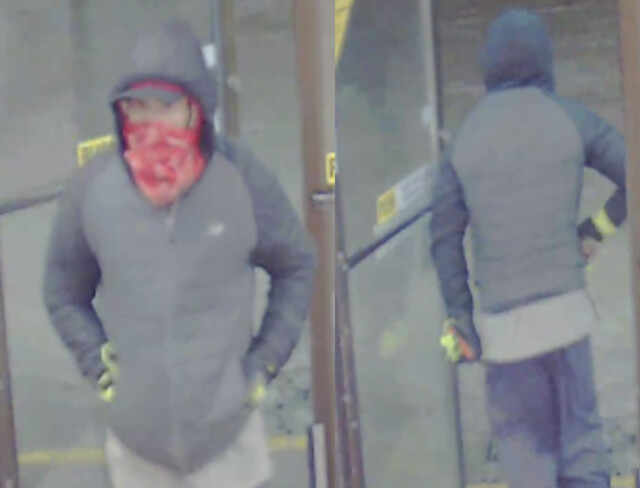 Kamloops RCMP are seeking the public's help to identify a robbery suspect.

About 10 p.m. Nov. 10, officers responded to a store on Seymour Street after a man brandished a knife and fled with cash and cigarettes.

“Despite extensive police patrols, the suspect was not located,” says Cpl. Crystal Evelyn.

“Since the initial response, officers have obtained surveillance footage and are distributing an image of the suspect in hopes of furthering the investigation.”

The suspect is described as approximately five feet five inches tall, with a medium build.

He had a "gruff" voice and was wearing a red face mask, black-grey hoodie and gloves with fluorescent yellow on them.