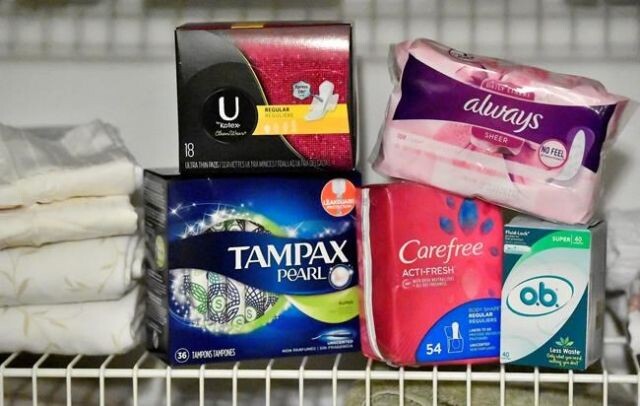 The City of Kamloops is offering free period products in some municipal buildings, a pilot initiative the city says could expand to other public washrooms in the future.

In a news release, the City of Kamloops said as of Monday, free menstrual product dispensers are being installed in bathrooms at city hall, the Tournament Capital Centre, McArthur Island Sport and Event Centre and the city’s development services department building at 105 Seymour St.

Colleen Quigley, director of human resources and safety for the City of Kamloops, said for many people, menstruation is a matter of social stigma and financial hardship.

“These barriers shouldn’t exist. By providing free access to period products, we make Kamloops more equitable and inclusive for all residents,” Quigley said in a statement.

The City of Kamloops said research from United Way B.C. has shown how many people are negatively impacted when they aren’t able to access essential period products.

United Way encourages institutions and employers to provide period products free of charge to employees and communities. By launching this pilot initiative, the City of Kamloops said it is following an example set by the City of North Vancouver, the City of Victoria and Thompson Rivers University.

United Way's Alex Graf said half of all B.C. residents who menstruate have struggled to buy products at some point during their lives, which can cause them to miss school or work, or use unsafe alternatives.

“More than a quarter have gone through a period without having menstrual products whatsoever, and nearly 15 per cent grew up in homes where they didn’t have access to period products,” Graf said.

The City of Kamloops is asking residents for feedback on the pilot program. A survey is available on the city’s website, and is also accessible by scanning a QR code where the menstrual products are being provided.

The city said it hopes to expand availability to other public washrooms if the pilot is successful.