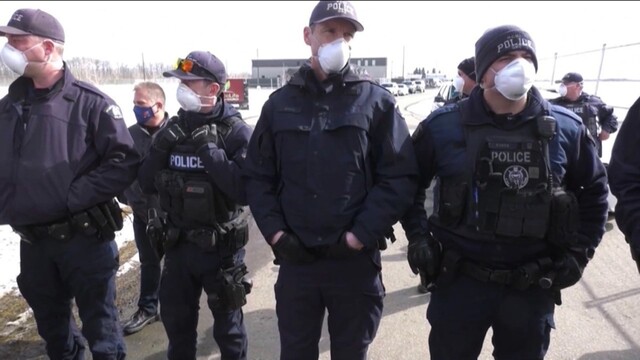 Castanet has learned that a heavy police presence on Black Mountain Tuesday morning was part of a joint operation headed by the Calgary Police Service.

"The Calgary Police Service is in the process of executing several search warrants in Calgary, and Kelowna, British Columbia, in relation to an ongoing drug trafficking investigation," states a news release from the CPS.

Unmarked police vehicles, RCMP cruisers, and a helicopter were spotted in Black Mountain Tuesday morning and appeared to be searching on Brentwood Rd.

Castanet received several tips about multiple unmarked police cruisers and a helicopter using a loud speaker in the neighbourhood.

The Calgary Police Service tells Castanet, "more details will be released upon the completion of the search warrants and once charges have been officially laid."