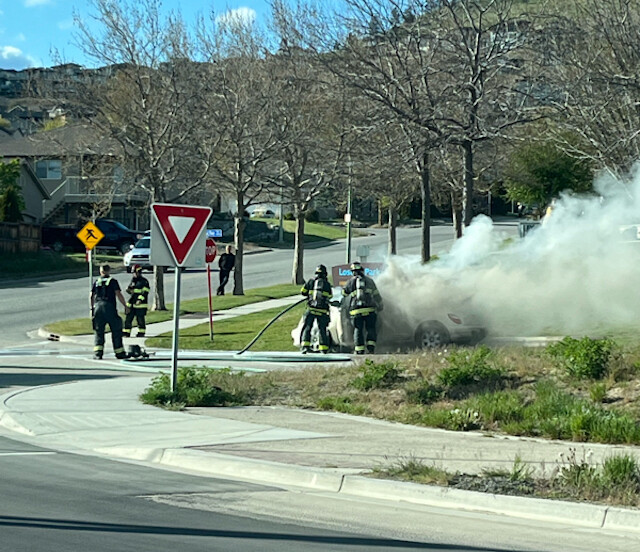 Firefighters were called to a vehicle fire at Loseth Park in Kelowna’s Black Mountain on Friday evening.

Crews were called to the park just off Highway 33 at Loseth Road at about 5:30 p.m.

Firefighters had the flames knocked down by just before 5:45 p.m. and are expected to stay on scene for a while mopping up.

What exactly caused the fire is not known at this point.