One day of Kelowna Made

From a pancake breakfast to a belly flop contest, and a whole lot more in between.

The new one-day festival Kelowna Made takes over City park on Saturday, August 27.

The family-friendly festival is the brainchild of a committee of local residents and the City of Kelowna. It emerged from the city’s Event Strategy and its Get Eventive Days and incorporates feedback from public engagement and surveys.

“In this pilot year, we’ve got a variety of fun activities planned, including a wacky belly flop championship that is sure to be fun to watch or participate in! We hope this will be a fun all-ages celebration that will bring the community together.”

The day begins with a pancake breakfast hosted by the Kelowna-Okanagan Mission Lions Club.

Other highlights include a beach volleyball tournament, a family sandcastle building event with a special installation by master sand sculptor Peter Vogelaar, yoga in the park and a free introductory ballet class by Ballet Kelowna.

Organizers are still seeking volunteers. Shifts can be as short as two hours or cover the whole event. Volunteers will receive a limited edition Kelowna Made bucket hat, the ultimate souvenir from the inaugural event. To register complete this form. 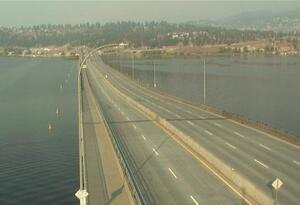