A young duo of acrobatic dancers from Kelowna has been selected to represent Team Canada at the International Dance Organization World Acro Championships in Monterrey, Mexico later this year.

“It’s a huge competition, and countries from all over the world come and perform, there’s a bunch of different ones there," explained acro-dancer Jordan Given of the Kore Dance Project.

"You perform a routine, and then it kind of gets cut down to less routine, then you have to redo your routine over and over again until somebody wins."

Dance partners for four years, Given and Charli Hall tell Castanet the time and effort level put into preparing for the world stage has been extreme.

“In July we had to drive to Vancouver every weekend to start learning our routines, and then ever since then, we’ve been travelling to Vancouver once a month to practice, and we also have to practice outside of those times on our own time. And when we do go, it's a full day of dancing with quite a few hours. It’s intense.”

At just 16 and 17 years old, both Given and Hall have a promising future in acro-dance, but the pair gives a lot of credit to their coach, Lexi Cox.

“She’s opened up a lot of new things for me, like a lot of new skills, a lot of advice. It helps a lot with our routines and everything, yeah, she’s given us a lot of good advice," added Charli Hall of the Village Dance Academy.

“I love performing, like the feeling of going on stage and everything, it just makes all of it worth it. It’s a great feeling.”

With Given aging out at the end of the season, the duo has their eyes set on winning gold this summer. The world competition goes down in Monterrey, Mexico starting July 22.

The dancing duo has set up a GoFundMe page to help with travel costs as they continue to prepare for the competition. 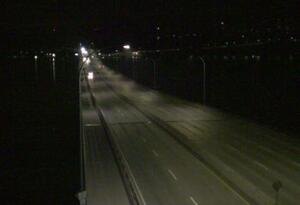