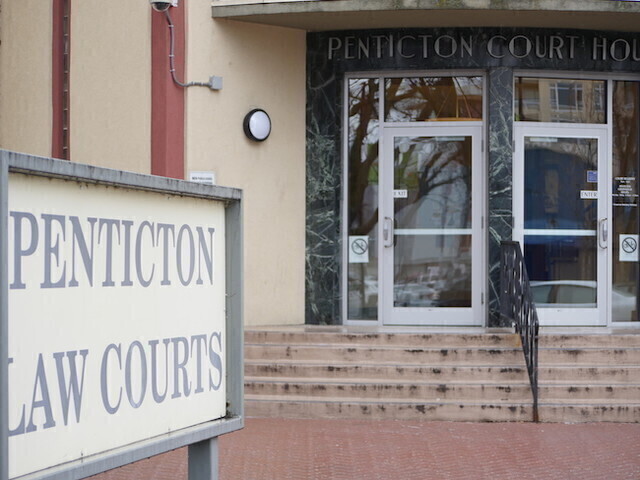 A South Okanagan prolific offender will spend 424 more days in jail after pleading guilty Monday to a 2021 incident involving weapons, a stolen vehicle and an attempt to flee police.

In BC Supreme Court in Penticton Monday, Parker James Ardiel, 33, pleaded guilty to possession of a loaded prohibited firearm, and breach of a firearms prohibition.

The incident in question took place in November 2021, when Kelowna RCMP, along with the Emergency Response Team, RCMP Air Services and Police Dog Services all assisted Penticton’s Prolific Offender officers with observing a suspected stolen vehicle speeding towards the South Okanagan from the North Okanagan along Highway 97.

The vehicle had been stolen from Osoyoos the day prior.

Various RCMP members converged on the vehicle, and a constable pulled in front to block the stolen truck. Ardiel attempted to flee by accelerating into the cop car.

He then tried to flee on foot, eventually surrendering to police.

Cops found a pair of knuckles, an extendable baton, and black canvas bag with a sawed-off double barrel shotgun with live ammunition and shells in his vehicle.

In court Monday, Ardiel was sentenced by Justice Janet Winteringham to 36 months in jail which, with time served, means he now has 424 days left behind bars.

Ardiel had been under a ban from possessing weapons due to a crime spree that spanned B.C. to Saskatchewan, which he pleaded guilty to in 2020.