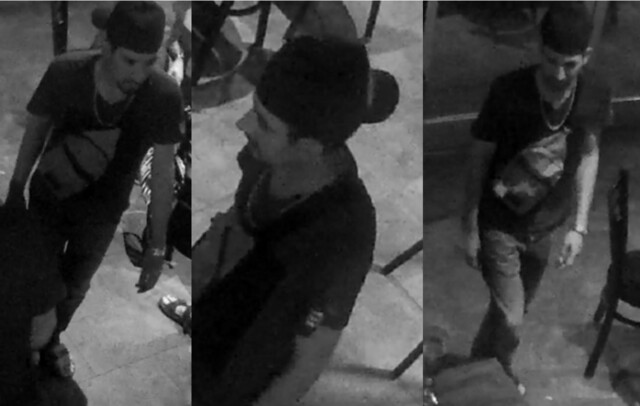 Police are searching for a man who threatened a driver with a weapon and demanded money after taking a ride in Salmon Arm.

RCMP said that on Aug. 25 shortly after 7:30 p.m., officers responded to an armed robbery.

A man, whom the victim had met for a short time on a prior occasion, asked for a ride to a local store.

After driving a short distance, police said that the suspect asked the victim driver to stop and threatened them with a weapon before demanding money.

The suspect took the driver’s wallet and car keys before fleeing the area. Fortunately, the driver suffered no injuries and his vehicle was not taken.

The suspect is described as being in his 30s and has short black hair.

Salmon Arm RCMP investigation has revealed closed circuit video pictures of the man that they believe to be the suspect in this case.

Police are seeking the public’s assistance in identifying him. Anyone with information is asked to call the Salmon Arm RCMP at 250-832-6044.