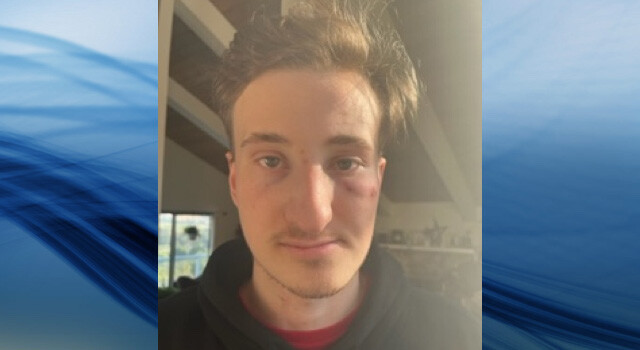 A young Coldstream hockey fan says he was attacked outside a Salmon Arm BCHL game on Friday, in a case of mistaken identity.

Ashton Pede drove to Salmon Arm to take in the Silverbacks-Penticton Vees game and says he and some friends went for a walk outside Shaw Centre during the second intermission.

As he pulled out his keys and approached his car, he was accosted by a man accusing him of keying the Vees' team bus.

Pede, 20, says the man sucker punched him in the face, put him in a headlock and bit him on the side of the cheek as he pushed him to the ground.

Pede's mother, Mandy, says her son has an intellectual disability, and suffered a hairline fracture as well as bruises and swelling on his face and neck.

She's concerned the attacker resorted to violence when her son "appears outwardly like anyone else but has a mild intellectual disability and epilepsy."

The assault could have triggered a seizure, she says.

Pede denies doing anything wrong and drove himself home, where his family called police, and he was then examined at Vernon Jubilee Hospital.

Pede says he's "embarrassed and angry" in the wake of the incident.

"He attacked me because I pulled out my keys to try and open my car door and assumed it was me. That was his first instinct to go after someone who keyed the vehicle."

The man walked away after the assault, and Ashton grabbed his belongings and left, thinking "I'm not dealing with this."

Mandy says she was offered some team merchandise in a follow-up phone call, but turned it down.

She also sent a message to team owner Graham Fraser, but has yet to hear anything back.

A police file has been created on the matter, and the Penticton Vees are said to be investigating the incident.

Many says the "stereotypical violence" gives hockey "a bad look."