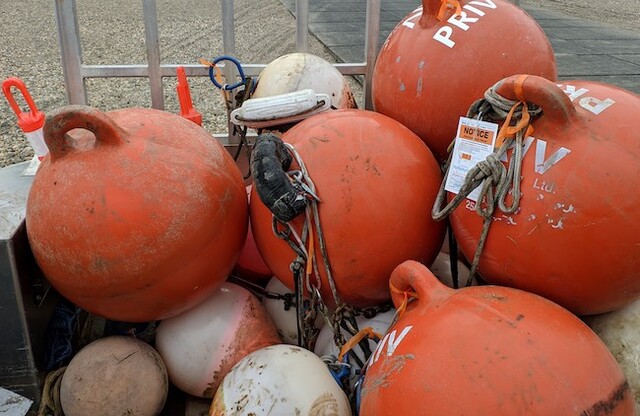 Non-compliant buoys have been pulled from Shuswap Lake.

The Columbia-Shuswap regional District says numerous owners of non-compliant buoys decided to pull them or ensure they met regulations before a recent Transport Canada removal effort seized them from the waters off Electoral Areas C and F (North and South Shuswap).

Non-compliant buoys were tagged by Transport Canada’s navigation protection program in the spring to alert owners of the violation and to give them a chance to rectify the situation.

When staff returned to conduct removals, 80 per cent of the tagged buoys were either removed by owners or brought into compliance.

The remaining 26 buoys, including numerous anchors, were removed from the lake.

The proliferation of buoys on Shuswap and Mara Lakes has been a continual source of public complaints to the CSRD and Transport Canada.

Buoys can be removed if they are not following regulations regarding correct size, colour and identification, and can be hazardous for boaters.

In addition to federal and provincial legislation, the installation of docks and buoys in lakes is also regulated by CSRD bylaws.

"After a few years of this program being in operation, people know that we are serious about this issue. Now they are taking steps to fix the situation themselves," said Marty Herbert, the CSRD's team leader for building and bylaw services.

The installation of any buoy in Shuswap Lake requires a CSRD development permit. For more information, contact the planning department at 250-833-5904, email [email protected] or see the CSRD website under Dock & Buoy Regulations.