Evil is not always a monster we see 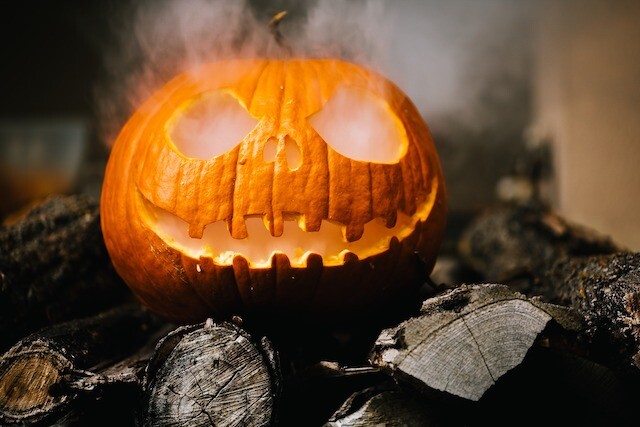 The robotic clown towers above us, breathtaking and menacing. He is impossibly tall, maybe seven or even eight feet on top of his small stand.

The stand’s speaker spews sinister circus music as the animatronic monster reaches a hand forward to ask for a volunteer for his juggling act.

“I just need a hand... and a foot... and a head... any body part will do!”. The clown breaks out in maniacal laughter, and my seven-year-old presses in against my side, even closer than he had been before.

His gaze flits quickly between the towering monstrosity and me. I worry momentarily that we’ve come too close, that the nightmare fuel will burn each and every bedtime this week, or maybe this month. I suppress a grin and open my eyes wide at him, acknowledging my possible failure as a parent and gatekeeper of all things inappropriate for seve-year-olds. His face breaks into a giant, nervous grin.

I couldn’t agree more. This is Halloween: the wet chill and low hanging fog in the air, the glow of orange from freshly carved and lit jack-o’-lanterns; children running reckless from doorstep to doorstep, pillow cases pregnant with candy and difficult to lift, dragged or begrudgingly carried by parents; neighbours around a propane fire, offering hot chocolate from a thermos to warm kids and parents alike; and sights and sounds that teeter on the knife’s edge of terrifying and exciting.

You have to know your audience. Not every child should be subjected to maniacally laughing animatronic clowns. I certainly wouldn’t have enjoyed it at his age.

My youngest was drawn to the spectacle of it while we were still a long ways off. The rolling fog illuminated by brightly coloured light, the excited (and terrified) screams of children running to or away from the house. While we were slowly winding up an adjacent cul-de-sac, my youngest would crane his neck to see this particular house. He wanted to see it.

He comes by it naturally. At our house we have more Halloween decorations than all other holidays combined (those wooden gravestones and plastic skeletons take up more than their fair share of room under the stairs). And we much prefer setting up the Halloween ones.

When else do you get to cover the trees with cobwebs and plastic spiders, or create shallow graves out of wooden tombstones and left over planting soil?

It is, admittedly, not for everyone. Not everyone enjoys Halloween as much as I do, or even at all. But it is on offer to everyone. It demands little, but accepts much.

Want to turn all your dead summer flowers into graveyard decor? Go for it. Want to turn your entire residence into a haunted house? Have at it. Want to play “Thriller”, “Monster Mash” and “Ghostbusters” on endless repeat for all the neighbours to hear? You might get a visit from bylaw, but I won’t judge you.

If you’re feeling less in the spirit, a simply lit jack-o’-lantern and a ready supply of candy is enough buy-in to be considered a full participant. Even those that give out toothbrushes, toothpaste and floss play a needed (and completely thankless) role on Halloween.

With so many participating on Halloween, you notice the ones who don’t. The ones who don’t appear to enjoy the spectacle. The houses that are completely dark, intentionally uninviting from the street. It’s obvious that so much of the imagery of Halloween is full of grotesquery and gore, hell and hedonism, devils and darkness. Perhaps they can’t see past the pageantry, past the demon clowns and devils and pitchforks.

Perhaps all they see is evil.

It’s strange, isn’t it? How some of us see evil as real and threatening, while others see it only as a lark?

Personally, I don’t think Halloween is evil in the slightest. There’s far too much goodness there. The surface of Halloween may appear grotesque, but it’s heart is communal celebration.

That’s not to say that I don’t believe in an evil that threatens us. I just don’t think it looks anything like the imagery halloween supplies. Unfortunately, I don’t think most of us understand much about the nature of evil at all. And that’s what’s really scary.

The Franciscan friar Richard Rohr says as much in his recent book, “What Do We Do With Evil?”

Rohr argues that evil is not overt and obvious, but is subtle and insidious. It’s less the stories of demon-clowns devouring children, and more the true stories of children being devoured and traumatized by institutions of power and privilege that we esteem and trust. It’s less about the spectacle of the monstrous and inhuman and more about the devastation of dehumanizing those who are “other” from us.

While Rohr’ draws on the biblical language of “principalities and powers” of darkness, he states that these might be more familiar in our context as ideologies, organizations, corporations or institutions.

Here is a recent example from a well known corporation: A few weeks ago Frances Haugen stepped forward as a whistleblower against Facebook, stating that the company had repeatedly prioritized profits over the safety and well being of its patrons. She claims Facebook repeatedly hid or ignored information of their role in promoting misinformation, of not removing hate speech, and ignoring links between consistent use of Instagram and suicidal ideation in young girls.

If these allegations are true, what do you call decisions like that? I think we need to call those actions “evil.”

I know that evil is a loaded term, a term many of us relegate only to the religious and superstitious. Maybe some would argue that Facebook is merely self-interested, and acting in way that countless other organizations and corporations do.

But that sounds pretty evil to me. If we argue the term “evil” is antiquated and outdated, we need an appropriately weighty term to take its place. “Corporate oversight” just doesn’t do it justice.

Perhaps that is evil's greatest trick. It does not come as a devil or monster, but as something commonplace and accepted. It exists in the devious ways that a company chooses profits at the expense of people but also in ways I find myself enmeshed in, and dependent on that same company when I believe they are doing evil.

We need to think, and re-think, about evil, especially in these days when many of us no longer believe in it.

Evil doesn’t announce itself with pitchforks and horns, it hides in the places we excuse or even don’t expect it. The first step is seeing evil in all the places where we’ve learned to overlook it.

Imagine if we always expected evil to be either a hideous, monstrous demon or an unnecessary, outdated notion. Imagine if we never developed the awareness to see evil working in plain sight.

Now that would be truly terrifying.