The music of season forced merriment 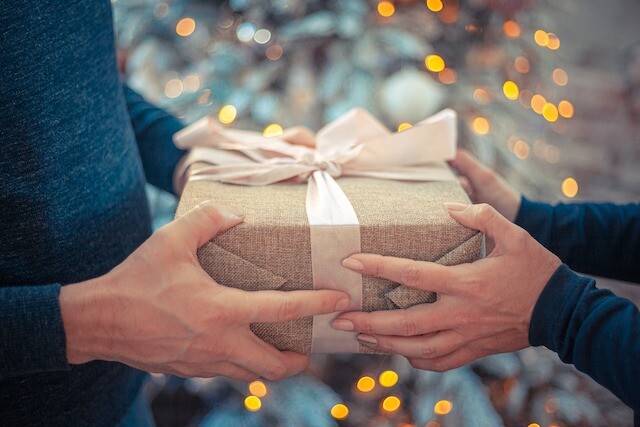 It’s just after 5 a.m. and I wake to make breakfast and boil water for the day’s (first) coffee. The snow is visible only as it passes under the beam of the nearby streetlight, but it is falling fast, and it has covered all the ground I can see.

As my children wake up, they make a similar trek from their bed to the window, each groaning as peer outside to our driveway. They know the shovelling that awaits them this morning. Long gone are the days when I would leave them to the warm and peaceful indoors as I ventured out into the cold and dark with my solitary shovel.

(Frankly, this was due entirely to how much effort it used to take to get them dressed and prepared for outdoors. Teaching life lessons and work habits is all well and good, but wrestling a small child into snow pants, boots, parka, mitts and toque only to have them drag tiny lines in the snow with their small shovel was hardly worth it).

Still, I make my way outside first and finish half of the driveway before my eldest joins me. We get 90% done before her brothers venture outside. The sky is beginning to lighten as we near the end of our labour.

Our driveway is long, steep and icy, despite the previous days shovelling and salting. It’s quicker with four of us working, but by the time we finish, it is nearly time for the older kids to catch their school bus, and for me to begin walking my youngest to school.

We are halfway down our street when I hear it. White Christmas ringing through the neighbourhood and slightly distorted in the way that far off sounds are. But it is clear and unmistakable, even from a few kilometres away.

My son and I trudge down the street in single file, towards the music. White Christmas is followed by Jingle Bell Rock, Here Comes Santa Claus, and Feliz Navidad. As we approach the schoolyard and I lean in to hug him tightly and wish him a great day, the school’s loudspeaker starts up The Chipmunk Song (Christmas Don’t Be Late).

I stand at the fence, watching my son make his way slowly towards his class, and my eyes drift to the newly built series of apartments that neighbour our school. I turn in a circle, estimating how many homes (and ears) are now being subjected to this... particular classic.

I am not sure the plan to blast holiday cheer over the school's loud speaker is entirely well thought out. My years of shift work lead me to imagine each and every night shift worker, just now returning home, ignoring the nausea and headaches that come with being up all night, and ingesting sleep aids that never quite make up for the fact that you are spitting in the face of your body’s natural circadian rhythm. I imagine them blacking out the blinds or placing sleep masks over eyes, inserting and adjusting foam earplugs, attempting to create their own home sensory deprivation chambers.

And then being loudly serenaded by a high pitched Chipmunk’s desire for a "Hooooola Hoooop."

I’m in a mood, on their behalf. The blasted holiday music seems the latest in a long line of well intentioned, but not entirely thought out, ideas. One more forced celebration in a packed holiday season that seems intent on always celebrating, despite the business, and cost, and looming/ latest health crisis. As a season, Christmas is guilty of already laying it on pretty thick.

The next song is Hippopotamus for Christmas, and it is past time for me to return home. As I cross the yard, I walk past the drop off loop near the front of my son’s school. There is a long line of cars slowly approaching, and as they arrive a teacher will wave and direct them towards their parking spot, open the door for them, and make sure the students make it safely towards their class.

Today, I can see the teachers dancing and singing to each other and the kids as they open doors and direct traffic. The kids in turn are laughing at their teacher’s ridiculous antics, but I see the way they bob their head from side to side in time with the music as they walk towards their class.

The final bell rings out to start the school day, and the music abruptly stops. The world is quiet once again, but it also seems strangely diminished.

There are few decisions that are ever universally loved. Everything costs something. Things considered a blessing to one are often considered a curse to another. A decision for “nothing” is almost always the safest bet—nothing to be upset or offended about.

My son’s school could have chosen nothing. It certainly would decrease the likeliness of an angry petition from the neighbours. But then there would also be less teachers singing to kids on cold, snowy mornings. A little less joy and merriment to start the day.

That’s the problem with nothing. It has nothing to offer. There is no risk to it, and therefore no reward. Some things are worth it. Worth their cost. I’m not sure The Chipmunk Song or Hippopotamus for Christmas are but a child’s joy just might be.

And in this particular case, they just happen to be wrapped up together.