We need great teachers (because we're all students) 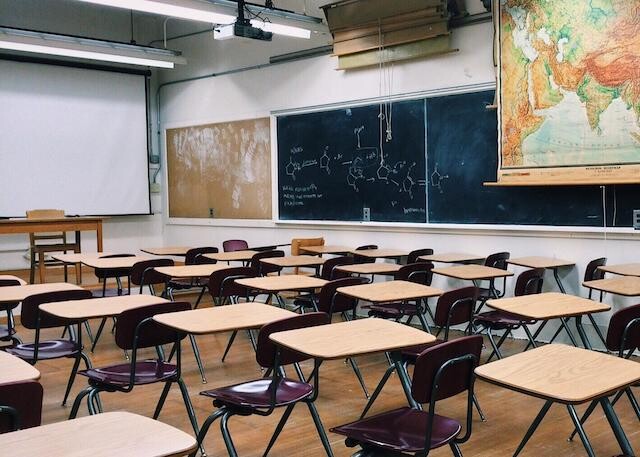 My youngest son was ready at 6 am.

Ready in spirit, in attitude and excitement of course, not ready in any tangible or physical way. The schoolbag was yet to be filled with indoor shoes, a lunch pack, and water bottle, and my son’s face still had traces of honey and peanut butter at the corners of his lips, his overgrown summer hair hanging messily just in front of his eyes.

So much for our intentions of a clean haircut before this, the first day of school earlier this month. Oh well, enough pomade can wrestle down even the most stubborn of hairs, faces can be rewashed, and bags can be packed quickly enough.

If he wasn’t ready in spirit, the physical stuff wouldn’t amount to much anyway.

My children were all excited, in their own way. One was physically vibrating and asked me (for the third time that morning) about the classroom number and teacher. One wore an old kitchen apron to the table and sat well away from the siblings, so as not to catch an errant crumb, drip or stain on the crisp, first-day outfit.

It is a marker of a good summer when our children both mourn and celebrate its ending. Each child relished in a season without early morning alarms, in lazy mornings, in lake and pool days, in camping and movie marathons and (dearly needed) gatherings with friends.

But brevity certainly adds to summer’s incomparable value. The crisp cool mornings of fall were coming soon, and bus schedules, overfilled backpacks and classes would soon come with it.

I swear (though my kids would never, ever admit it), by the end of summer they might even long for those days.

And then those days were here.

We finished the physical preparations. Ice packs slid covertly into lunch kits, water bottles filled, tightened (and inverted for good measure), bus route information was confirmed, repeated and then texted to each of the older children (also for good measure). Then, the herding of cats. Children into the front yard for the obligatory (but no less important) back to school photo.

We abandoned the traditional doorway and steps surrounded by dried and dying potted plants, and opted for the healthy lilac tree overlooking the street below. I took multiple photos in quick succession and found at least two of them usable.

My youngest and I made our way to his school. Tables were set up beside the playground, accompanied by sitting volunteers holding class lists and facing directly into the bright morning sunlight. A kindly woman smiled, squinting despite her sunglasses and directed us towards the appropriate door.

When we reached the classroom, my distracted son attempted to walk directly through the doorway before being abruptly halted by the outstretched arm and outward facing palm of his new teacher.

“Where do you think you're going!?” she playfully growled, furrowing her eyebrows before relaxing her whole face into a wide, natural smile.

She introduced herself to us both, and my son laughed nervously, giving me the briefest of waves and then darted inside, disappearing behind a corner. I was momentarily unnecessary, and I am grateful for it.

I was grateful for this teacher and every other amazing teacher our family has had the privilege of knowing, grateful for those who partner with us to shape and draw out our children, grateful for all of those who are prepared enough, patient enough and audacious enough to choose the role of “teacher.”

But there’s also something audacious in those who choose the role of “student”.

Not for my son, of course. Not for those in their youth. Those in their first two decades (wisely) get little say in the matter. But for those of us who have seen a few more decades, who finished our formal education a long time ago, the prospect of becoming a student can seem strange.

If you are like me, walking your own children to school, reminding your own teenagers of their bus routes and finding yourself the same age (or older) as your children’s teachers, perhaps the term “student” seems regressive.

Perhaps we need a better education on how to find these teachers, and how to be a student. Because they are two sides of the same coin.

A while back, I realized that I was developing a different relationship to some of the voices speaking into my life. Some were mentors and colleagues whom I interacted with regularly, but others were authors and speakers whom I never met (and some had even lived and died long before I was born).

All of these voices held knowledge, of course, many of them specific expertise. But some of them called out for reciprocation. They were filled with possibility, with a palpable ache in their voice for their hard won wisdom and learnings to be both acknowledged and absorbed.

They sounded like teachers, calling for students, beckoning them inside their classrooms. The fact that we might be estranged by a great distance, culture and time never seemed to bother them. Or at least, that it is how they sounded, to me.

For years, I’ve thought about the adage: “When the student is ready, the teacher will appear”.

What is it that makes the student ready? Maybe simply the decision to become one.

Perhaps the teachers were always there, waiting for their students to take on that all sacred role, to sit down humbly and ask “what can I learn from you today”?

Perhaps we could ask that question of anyone, and be surprised by how many great teachers we are surrounded by every day.

Paradoxically, the teachers I admire most seem to accept themselves as students, as well. These are teachers whose extensive experience only increased their commitment to curiosity. Their world was always becoming larger, more complex, never simpler or smaller. These were teachers who were courageous, humble and mature enough to never abandon the role of student.

Maybe someone like you, or me because we will never stop needing great teachers.

And there are so many, ready to appear, when we're ready to be students.