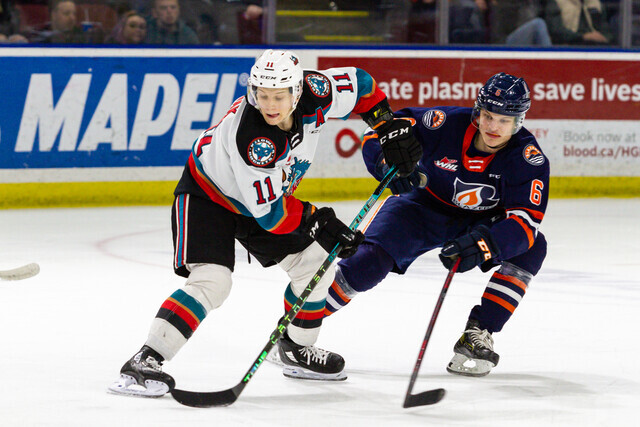 Kelowna Rockets forward Pavel Novak has a new fight on his hands, and it has nothing to do with hockey.

The 20-year old Minnesota Wild prospect announced earlier today he is stepping away from the game for the time being to focus on his health.

In a statement released by both the Wild and Rockets, Novak said his current health condition does not allow him to prepare for next season.

"I was diagnosed with an oncological disease a few days ago and will soon begin treatment," he said.

"The coming months will not be easy for me, but I firmly believe that everything will turn out well, and soon I will fly again on the ice with joy and passion."

Novak played two full seasons with the Rockets, and signed recently with the Wild who selected him in the fifth round of the 2020 NHL draft.

Rockets president and GM Bruce Hamilton says Novak is a special person who would more than likely have worn the C if he had returned for his overage season.

"I'll never forget when he moved here, he wanted to go into a home where English was spoken... he didn't want to move in with another European player," said Hamilton.

"He was all about adjusting to North American life because his goal was to play in the National Hockey League.

"He's just a special, special person, and that's not based on what has come out today."

Hamilton says the success rate of the treatment Novak will undergo has been very good, and Novak is very optimistic.

"Our prayers and thoughts are with him that it is going to work out.

"He's a very upbeat guy no matter what, and I think he'll go through the next few days of concerns..and begin treatments on Wednesday."