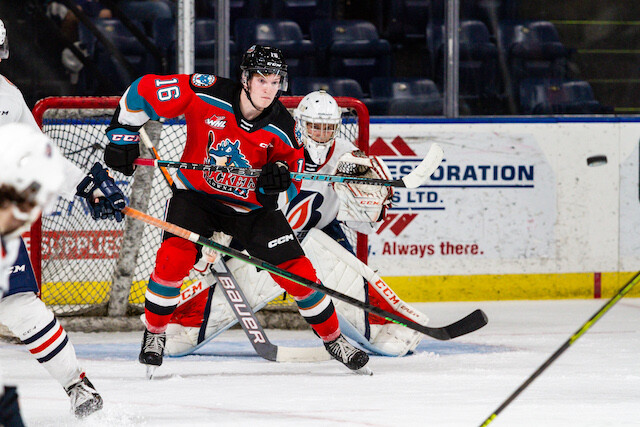 Prospera Place will host the Rockets as they take on the visiting Victoria Royals ahead of the 2022-23 regular season.

After a scheduled day off Sunday, Rockets head coach Kris Mallette says the team is ready to get back in action on home ice.

"We've had a week of training camp and the two games this past weekend, it's nice to have a day away from the rink and get some fresh air. We're back to work [Monday] and are ready to learn," said Mallette.

The Rockets opened their preseason with a 5-2 win over the Kamloops Blazers on Friday, with Andrew Cristall netting a hat-trick, while Turner McMillen and Scott Cousins also scored.

Kelowna fell 6-5 in sudden death the following night in their rematch against the Blazers, with their rivals ending the game 45 seconds into the extra frame.

The Rockets made no roster changes over the weekend and head into tonight's contest carrying the same 26-man roster.

Tickets for Tuesday's game are available at Select Your Tickets.