Music in the park resumes 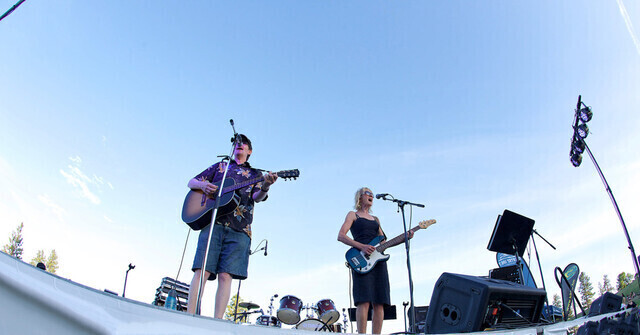 After a pause due to the heat wave, Music in the Park will resume this week in West Kelowna.

Through all of August, the community can enjoy free outdoor music concerts celebrating West Kelowna’s art and culture.

Concerts run every Friday night until September 2 from 6:30 p.m to 9:30 p.m. at the Annette Beaudreau Amphitheatre at Memorial Park.

People are encouraged to bring lawn chairs, umbrellas, blankets and water as they enjoy live music.

A variety of food trucks are made available for some good dinner eats and a Kids Zone will be hosted by the City’s Recreation and Culture team.

Headlining this week’s show on Aug. 5 is Latin ensemble Major Mambo, who will be performing a variety of salsa, mambo and cha cha music. Kicking the show off is opening act The Meliponas.